This week UCL Culture News features a takeover by Oliver Patel, Manager of the UCL European Institute and Research Assistant for UCL Grand Challenges. Oliver holds an MSc in Philosophy and Public Policy from LSE and a BA in Politics and East European Studies from UCL.

Over the next three articles, Oliver will be reflecting on on our Transformative Technologies festival which happened back in June. The programme of events was fuelled by UCL research exploring the power of technology, and its potential to radically reshape the world we live in. So let's dive in and see what he found!

Data is ubiquitous in the digital age. Virtually everything we do, both online and offline, is measured, recorded and stored as data. Information about the messages you send, the websites you visit, the videos you watch, the food you buy, the trains you take, is sitting in a large data set somewhere, being used by someone - probably to make money. The unfathomable amount of data which is generated each day has become the most valuable resource in the world; it is the currency which fuels the likes of Google, Facebook and Amazon. The explosion of big data sets - and the tools we have at our disposal to analyse them - presents serious challenges and ethical quandaries, as well as great opportunities for advancement. Through debate, discussion and music, Big Data Sing explored these important issues, in what proved to be a fun, engaging and insightful evening for all involved.

Situated in the majestic Grant Museum of Zoology, appropriately surrounded by centuries worth of data collected by natural scientists (stored in glass boxes as opposed to Dropbox), participants were treated to a banquet style setting complete with food, wine and entertainment. Throughout the evening, the Big Data Choir performed a number of big data related renditions. Songs about the opaque and mysterious nature of cloud storage solutions, and the ridiculous number of zeros associated with various units of data storage (yottabyte, anyone?) were among the most amusing hits, and provided a welcome respite from the mind-boggling topics being discussed. The audience was also treated to insightful talks from two UCL scientists. Dr David Barber from UCL’s Computer Science department opened proceedings with a talk about big data, artificial intelligence and machine learning. He stressed that most advancements in artificial intelligence, such as search engines and self-driving cars, are driven by big data. However, big data is meaningless without big computing (i.e. enhanced computer power to process the data). Second, Dr Li Wei from the UCL School of Pharmacy spoke about the indispensable role that access to personally sensitive big data sets plays in her research. She explained that without access to medical data about the types of painkillers patients take, her team might not have established that there is a causal link between painkillers with higher sodium content and increased risk of hypertension. 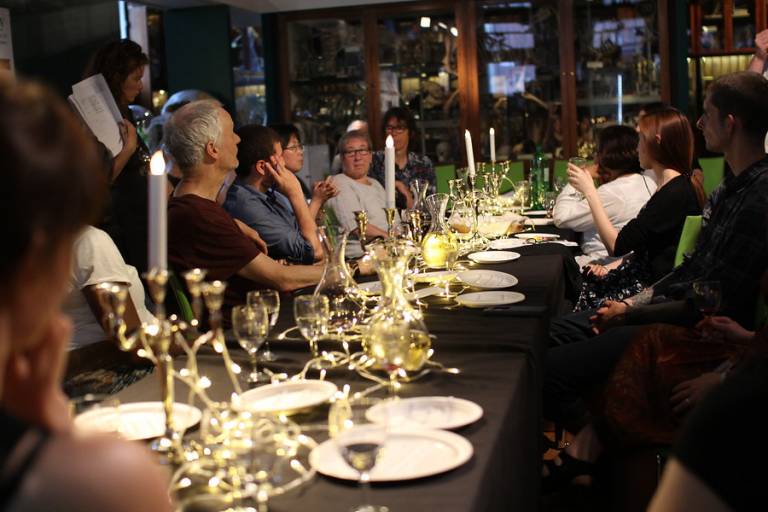 These fascinating talks about the future of artificial intelligence and the use of personal data sparked heated debate amongst participants, who were encouraged to share ideas throughout the evening. Questions debated by the audience included how much privacy should be given up for the sake of scientific advancement, how many people should self-driving cars be allowed to kill before being considered too dangerous, and whether an advanced security safe is a better place for private documents than Google Drive. The diversity of the audience ensured for an interesting discussion, in which everyone got involved. All in all, Big Data Sing was one of the highlights of the Transformative Technologies Festival. The mixture of academic discussion, debate and music proved to be a hit, and the audience members went home with enhanced understanding of a defining feature of the modern world: big data.
Share this:
Other articles like this one: 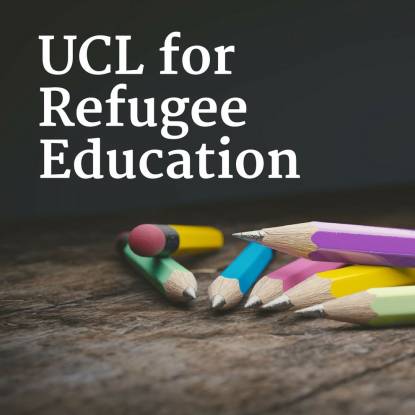 UCL for Refugee Education
Later this month, UCL will show its support for refugee education by hosting Refugee Week.A range of events run by UCL Student Support & Wellbeing (with UCLU and Student Action for Refugees) to champion refugee education initiatives in the UK and abroad, from 20th to 24th February 2017.This comes in the wake of a statement from the Home Office last week declaring its intention to end its so-called 'Dubs scheme'. An amendment to the 2016 Immigration Act designed to help unaccompanied, child refugees find safe refuge in the UK. The announcement marks a sea-change in our response to what is fast becoming an international humanitarian crisis; with the UNHCR estimating that 65.3 million people were displaced in 2015, fleeing war, poverty and persecution. A global education crisisOne sadly overlooked aspect of the crisis is education. Refugee children are often unable to access this fundamental human right, with only 50% attending primary school and only 1% going on to reach higher education. It is estimated that refugees will spend an average of 17 years in displacement, which for children may mean the entirety of their schooling years. UCL Student Support & Wellbeing wants to do its part to help increase awareness of this issue and raise funds.Proceeds will be used to fund the following charities working on refugee education initiatives:       EdluminoA registered charity of qualified teachers from the United Kingdom, providing emergency education and support to children currently in refugee camps.Action for Refugees in Lewisham (AFRIL)A grassroots charity in London, working with refugees and asylum seekers to relieve poverty and social isolation. AFRIL run free courses in English as a second language to refugee adults, with a crèche facility attached, as well as a children's supplementary school called the Rainbow Club. Programme of eventsVarious events will be taking place on campus from Monday to Friday, including a charity 'mindful' rave, film screening, panel discussion and a workshop from Charity UK to give tips on campaigning for refugees in your community. Events are constantly being updated, for full details visit the UCL for Refugee Education page. 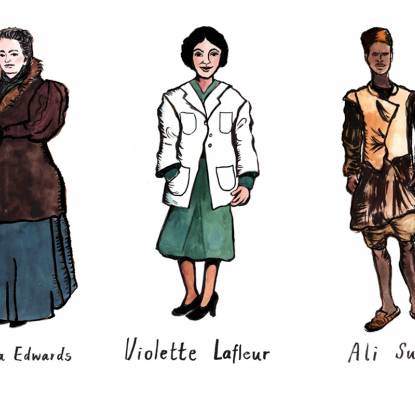 Extraordinary Stories behind the Petrie Museum
[[{"fid":"14543","view_mode":"large","fields":{"format":"large","field_file_image_alt_text[und][0][value]":"Petrie Museum Entrance gallery illustrations","field_file_image_title_text[und][0][value]":"","field_caption_heading[und][0][title]":"","field_caption_heading[und][0][url]":"","field_caption[und][0][value]":"","field_float_left_right[und]":"none","field_file_image_decorative[und]":"0"},"type":"media","field_deltas":{"1":{"format":"large","field_file_image_alt_text[und][0][value]":"Petrie Museum Entrance gallery illustrations","field_file_image_title_text[und][0][value]":"","field_caption_heading[und][0][title]":"","field_caption_heading[und][0][url]":"","field_caption[und][0][value]":"","field_float_left_right[und]":"none","field_file_image_decorative[und]":"0"}},"attributes":{"height":"800","width":"1200","class":"media-element file-large"}}]]The Petrie Museum is home to one of the most significant collections of Egyptian and Sudanese archaeology in the world. Its collection tells the stories of the lives of ordinary people who lived along the Nile Valley thousands of years ago. Inside you’ll find papyrus and stone fragments inscribed with hieroglyphs; musical instruments and children’s toys; thousands of beads and amulets; ancient mummy cases and the treasures buried with them for the afterlife; and the oldest known woven garment in the world: the Tarkhan Dress.The Museum is named after William Matthew Flinders Petrie (1853 – 1942), appointed in 1892 as first UCL Edwards Professor of Egyptian Archaeology and Philology. Over three-quarters of the material comes from excavations directed or funded by Petrie, or from purchases he made for university teaching. He was known as the ‘father of pots’ and also has a complex legacy of eugenics research.In the Museum’s new Entrance Gallery, we are celebrating the individuals who gave a great deal to the Petrie Museum, but whose contribution has not historically been recognised. This includes writer and Egyptologist Amelia Edwards, lead excavator Ali Suefi and UCL conservator Violette Lafleur who saved the Petrie collection during the Second World War.Amelia EdwardsAmelia Edwards (1831 – 1892) was an English novelist, journalist, traveller and Egyptologist. She co-founded the Egypt Exploration Society in 1882 which led to the discovery of temples, tombs, but also ancient settlements which tell the story of everyday life in Egypt.After her death she donated her collections and library to UCL, along with funding to establish the first Chair in Egyptology in the UK. She chose UCL because it was the only university in England at the time to offer degrees equally to men and women.  Ali SuefiAli Suefi was the head-overseer of many teams of Egyptian ‘Quftis’ working to excavate Egyptian archaeological sites for Western researchers. In 1890 he began working for Petrie at the excavations at Meidum, near to the Faiyum village of Lahun where he lived and worked as a farmer and fisherman. He quickly became Petrie’s ‘right-hand man’ and oversaw excavations in Egypt for over 30 years. His name only appears occasionally in official reports however we know that he played a hugely important role in the excavations during this time.Violette Lafleur Violette Lafleur was a UCL conservation student and volunteer, who almost single-handedly saved the collection from the World War Two bombs that destroyed her own home. She successfully moved the Petrie Museum collections to Stanstead Bury in Hertfordshire, and to the UCL basements, with the help of college porters and former students. The UCL campus was hit by bombs during the Blitz in both September 1940 and early 1941. She was also responsible for putting Jeremy Bentham’s Auto-icon on display. In 1939 she restored the Bentham’s remains, along with his clothes, chair and stick, so that his Auto-icon could be displayed in the Cloisters of the Wilkins Building at UCL. We would like to thank the DCMS Wolfson Museums and Galleries Improvement Fund for supporting this project.
Subscribe to our newsletter