An unusual comparative anatomy collection displaying the differences between the brains of a number of mammals and a reptile.

The majority of the brains on display come from The Gordon Museum Brain Collection, originally from the anatomical and pathological collection of Kings College London’s School of Medicine.

Each brain is preserved in alcohol and suspended in glass jars with thread. The collection is made up entirely of mammals, except for a single turtle, though the species are varied and geographically wide ranging. The brains were collected from Africa, Asia, South America and Australia and Europe. 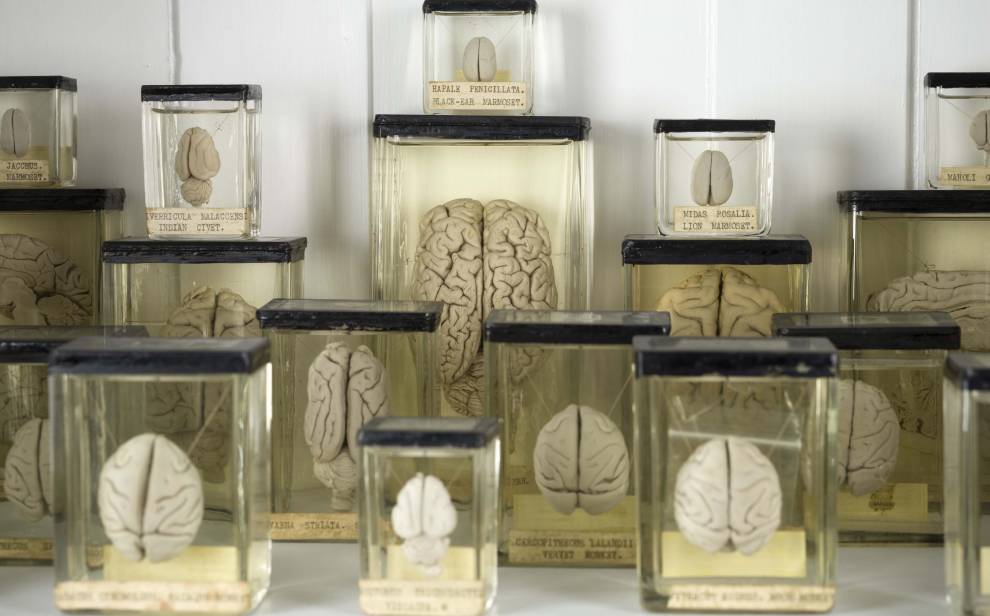 Whilst most of the brains are whole, a few have been dissected to show the internal anatomy. Of particular interest are the tiger cub that was only a few hours old, and the domestic dog. The dog’s brain has been annotated and each section of the brain sports a tiny label that has been stapled to it.

Find out more about the collection at the Gordon Museum. 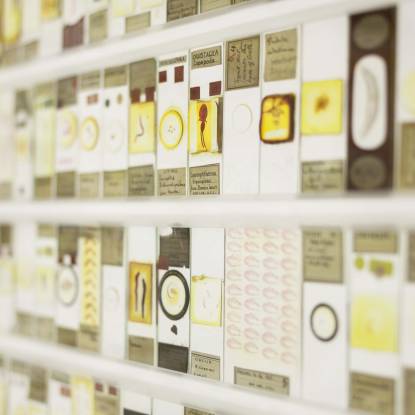 The Micrarium
A place for tiny objects 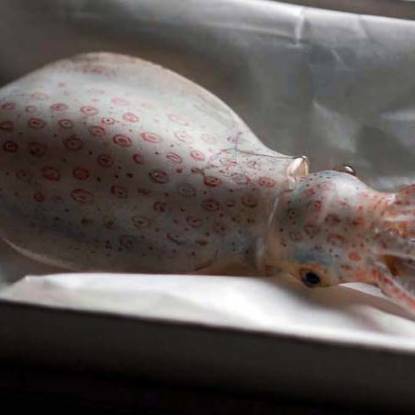 Blaschka Glass Models of Invertebrates
A famous collection of anatomically perfect models of species which were hard to preserve, made by renowned 19th century Czech jewellers.
Subscribe to our newsletter