What is your favourite object in the Petrie Museum collection?

It’s such a challenge to pinpoint only one object out of more than 80,000 in the Petrie Museum collection, but here goes! 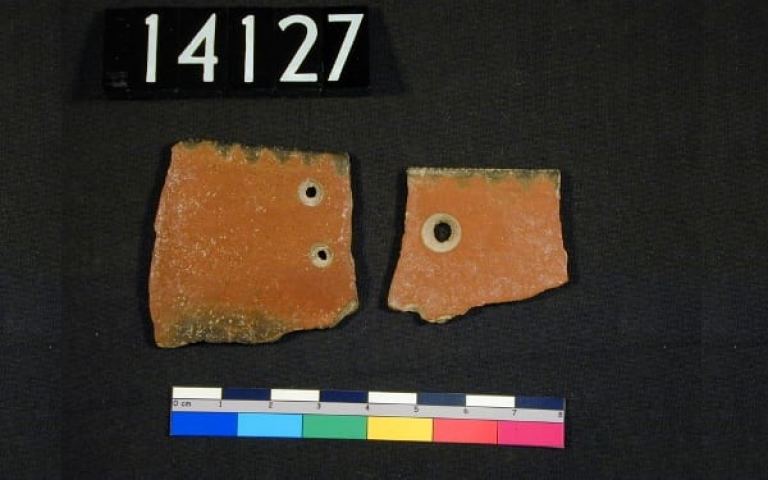 These broken pieces of pottery, from the rim of a handmade vessel, were made in Sudan during the Neolithic Period – over 6000 years ago (c. 4900-3000BC). These fragments look so unassuming on display amongst the vast collection, but have their own unique story to tell about how ancient people made, used and re-used their objects.

Along with other decorated Neolithic sherds in the Petrie Museum collection, they were excavated from the site of Shaheinab near the 6th Nile Cataract in Sudan by archaeologist Anthony Arkell from 1949-50. Arkell was also the curator of the Petrie Museum at this time.

The hidden story behind these pottery sherds lies in the holes which were drilled into them: these holes were made after firing, and were probably made as an ancient repair after the vessel broke! This tells us that the vessel was valuable to the owner, and that it may still have been used after it was repaired. This is a great example of how seemingly plain objects have fascinating stories to tell!