To what extent do you believe all art is a form of protest?

Hello Future Artists... This is a good question and I think one thing that artists do is ask good questions. I will try to give a good answer.

My initial answer is that all art is political. From this perspective you could argue that it should be regarded as a form of reaction, and protest could be described as reaction. From the obvious examples of maximal protest work there are the Guerrilla Girls, Valie Export, Keith Harring, Barbara Kruger, Betye Saar, Cildo Meireles, to individual works made by artists.

Guernica (Picasso 1937), a protest at the Nazi's bombing practice targeting the Spanish town, is the most famous I can think of. Looking back at work that we might now regard as tame, for example, Pre-Raphaelites and Impressionists, these works were scandalous and not understood by the wider society at the time and were seen as political.

Watch the BBC Romantics show with Simon Scharma who brilliantly tells the story of protest through the movement. Often when I have seen artists giving talks they might not couch explanations for making work in terms of protesting about something, but if you think we are all interested in developing a visual philosophy or in communicating ideas then all artists start with subjects that interest them, bother them, excite them. I would say that I am a landscape artist. Not hugely controversial - green at the bottom, blue at the top part of a pastoral tradition. But all my work comes out of an interest in our relation with the natural world and a huge concern over the consequences of our actions - political.

Look at how artists talk about their own work through interview or on their websites. Zadie Xa who in her bio says that she examines her own identity and her lived experience within the Korean diaspora, engaging with matrilineal heritage, Korean culture and Oriental imagery in western pop culture - political.

Scroll down to find out more information about each of the artists mentioned in this response.

Guerrilla Girls is an anonymous group of feminist, female artists devoted to fighting sexism and racism within the art world. The group formed in New York City in 1985 with the mission of bringing gender and racial inequality into focus within the greater arts community.

Do Women Have To Be Naked To Get Into the Met. Museum? 1989. Image Credit: Tate.

Keith Harring. Established by the artist in 1989, the Keith Haring Foundation perpetuates Haring's artistic and philanthropic legacy through the preservation and circulation of his artwork and archives, and by providing grants to children in need and those affected by HIV/AIDS.

Barbara Kruger (born January 26, 1945) is an American conceptual artist and collagist associated with The Pictures Generation.

Betye Saar. American, born 1926. In Betye Saar’s work, time is cyclical. History and experiences, emotion and knowledge travel across time and back again, linking the artist and viewers of her work with generations of people who came before them. This is made explicit in her commitment to certain themes, imagery, and objects, and her continual reinvention of them over decades. 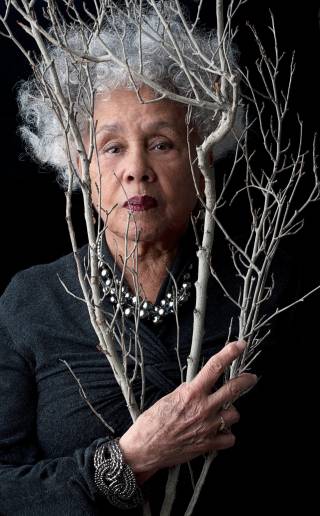 Cildo Meireles (born 1948) is a Brazilian conceptual artist, installation artist and sculptor. He is noted especially for his installations, many of which express resistance to political oppression in Brazil. These works, often large and dense, encourage a phenomenological experience via the viewer's interaction. 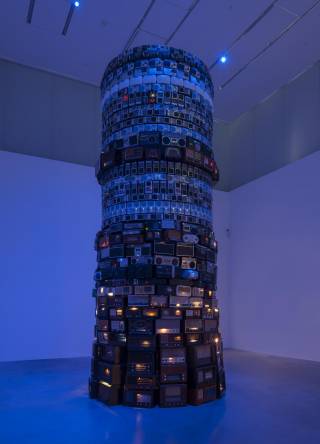 Pablo Picasso (Pablo Ruiz Picasso) - Guernica. An accurate depiction of a cruel, dramatic situation, Guernica was created to be part of the Spanish Pavilion at the International Exposition in Paris in 1937. Pablo Picasso’s motivation for painting the scene in this great work was the news of the German aerial bombing of the Basque town whose name the piece bears, which the artist had seen in the dramatic photographs published in various ... 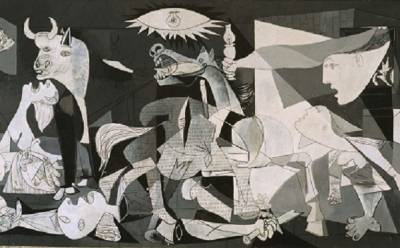