In 2013 they decided to demonstrate that a set of legislative standards could be developed, and recruited Jack Simson Caird to go through all the reports of the Lords Constitution Committee, extracting their standards and assembling them into a coherent code.

Their first report, The Constitutional Standards of the House of Lords Select Committee on the Constitution, was published in 2014.

In 2015 they produced a second edition, covering all 168 scrutiny reports on bills published by the Constitution Committee between its creation in 2001 and May 2015: the collective output of three parliaments. The code contains some 150 constitutional standards, organised into five sections: the rule of law; delegated powers, delegated legislation and Henry VIII clauses; the separation of powers; individual rights; and parliamentary procedure.

In 2017 they produced a third edition of the report, which updates the code to the end of the 2015-2017 Parliament. The work of extracting constitutional standards from a further 19 reports was done by Georgina Hill, a research volunteer at the Constitution Unit during the Summer of 2017; we are very grateful for her contribution to this project. 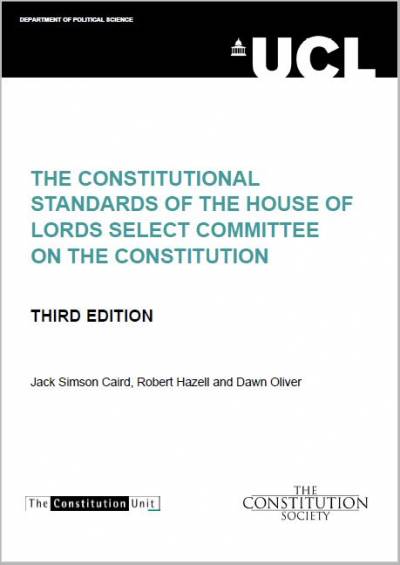 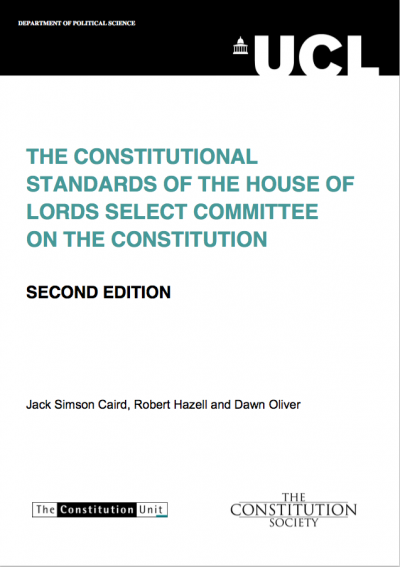 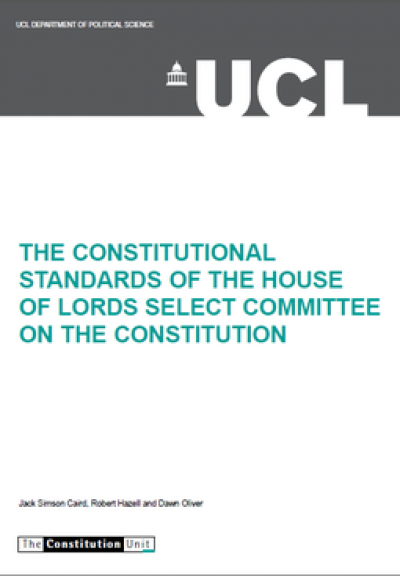