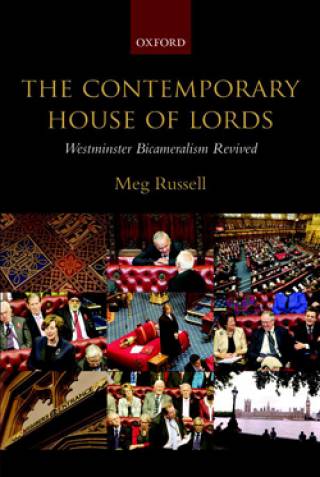 As the second chamber of the Westminster parliament, the House of Lords has a central position in British politics. But it is far less well-studied and well understood than the House of Commons. This is in part because of constant expectations that it is about to be reformed - but most Lords reform plans fail, as the Coalition government's dramatically did in 2012. Meanwhile, following a landmark change in 1999 which removed most of its hereditary members, the Lords' role in the policy process has grown. Understanding the chamber is therefore now essential to understanding politics and parliament in Britain.

This book provides the first detailed portrait of the post-1999 Lords, explaining who sits in the chamber, how it operates, and crucially what policy impact it has. Its membership is shown to be more diverse and modern than many would assume, and its influence on policy to be substantial. As a 'no overall control' chamber, in which no party has a majority, it has inflicted numerous defeats on the Blair, Brown and Cameron governments, and become an important site of negotiation. It has provided a power base for the Liberal Democrats, and includes a group of almost 200 independents who now play a pivotal role. Close study of today's House of Lords demolishes some common myths about British politics, and also about how two chamber parliaments work. This book, as well as focusing on the contemporary Lords, provides a historical and comparative context for British bicameralism, asks whether the Lords can be considered 'legitimate', and describes recent reform efforts and possible future reforms.

Readers with library access can find the ebook here via Oxford Scholarhip Online.

Praise for the Book

“The House of Lords operates largely out of the political limelight, so is easily misunderstood and often caricatured. This book provides an important corrective, from an author with a really thorough grasp of the chamber's political dynamics. Meg Russell demonstrates that reforms since 1999 have had profound effects, and the Lords is now a far more modern parliamentary institution than many people think. This is an absorbing and highly readable account of the shifting influence of the second chamber." Baroness D'Souza, Lord Speaker, House of Lords

"Forget the ermine and expenses. This book shows why the House of Lords matters more than ever in shaping the laws that affect us all. A masterful re-assessment of the second chamber in the 21st century." James Landale, Deputy Political Editor, BBC

" "All second chambers in parliamentary systems are somewhat anomalous, but none more so than the unelected House of Lords. Yet it works - and has substantially increased its influence. As Meg Russell shows in this meticulously researched and authoritative monograph, the post-1999 Lords has developed into a far more effective check on Britain's famously powerful executive than for decades past. Russell's analysis is set to become an essential point of reference for both observers of British politics and students of comparative politics. Few books are definitive. This one is." Anthony King, Professor of Government, University of Essex

'...this is an exemplar of what an influential academic study needs to be: rigorous, right and written in a way accessible to non-specialists as well as [academics]. The Lords is far from being the most important body in our constitution, but it is far from being unimportant either; and no-one who neglects Meg Russell's study will be entitled to express an intelligent view on its future'. David Lipsey - Political Quarterly, 85(2), p.243

'An authoritative and very readable scholarly work which is essential reading for anyone interested in contemporary British politics'. Gordon Bannerman - LSE Review of Books

'...as Russell points out, if reformers want a more assertive Second Chamber, they already have one'. Ben Worthy, Lecturer in Politics, Birkbeck - The Birkbeck Politics Department Blog