Sriram Subramanian, Professor of Computer Science, received the honour for his outstanding scientific contributions to computing. 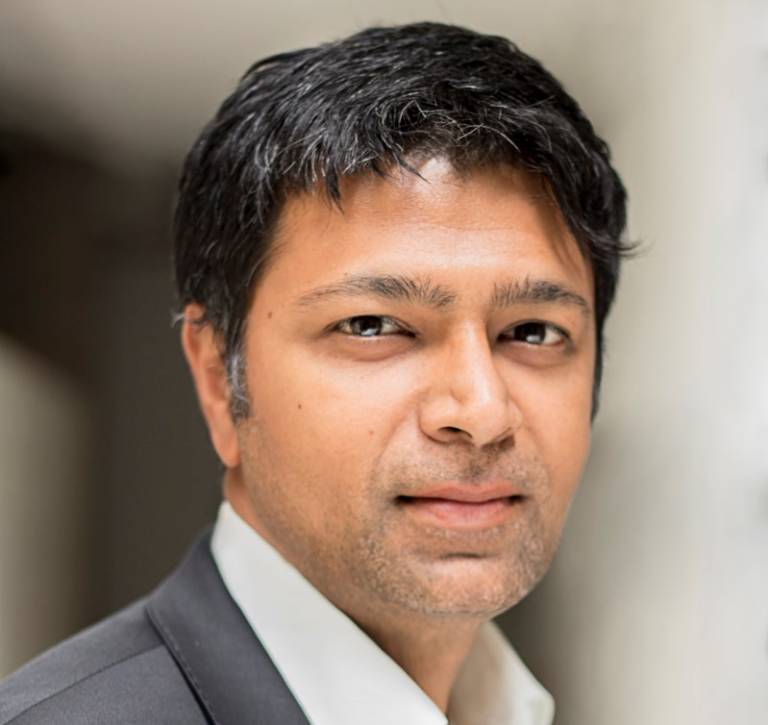 The Association for Computing Machinery (ACM) has named Professor Sriram Subramanian as one of 63 Distinguished Members for 2021.

Professor Subramanian was selected by his peers for his considerable achievements in new forms of devices that enhance human-computer interaction through the creation of mid-air haptic feedback devices and 3D displays using acoustic levitation.

On receiving the honour, Professor Subramanian said: “I am delighted to be recognised in this year’s honour call. I began working in mid-air haptics in 2011 and it is exciting to see this technology becoming pervasive today with applications ranging from consumer devices to automotive user-interfaces.

I have had the pleasure of collaborating with many colleagues across the globe and very much look forward to continuing these collaborations.”

Professor Yvonne Rogers, Director of UCL Interaction Centre (UCLIC), said: “This is a huge achievement for Sri, recognising him for his outstanding research leadership. Each year only one or two researchers in Human-Computer Interaction are ever awarded this honour, so it makes it even more special.”

UCL President & Provost, Dr Michael Spence, offered his congratulations, adding: "This is a significant honour and a mark of the excellence and impact of his work. What a wonderful note on which to end the year."

Sriram joined UCL Computer Science in July 2020 having previously worked at the University of Sussex. He currently holds a Royal Academy of Engineering Chair in Emerging Technologies on novel interactive systems.