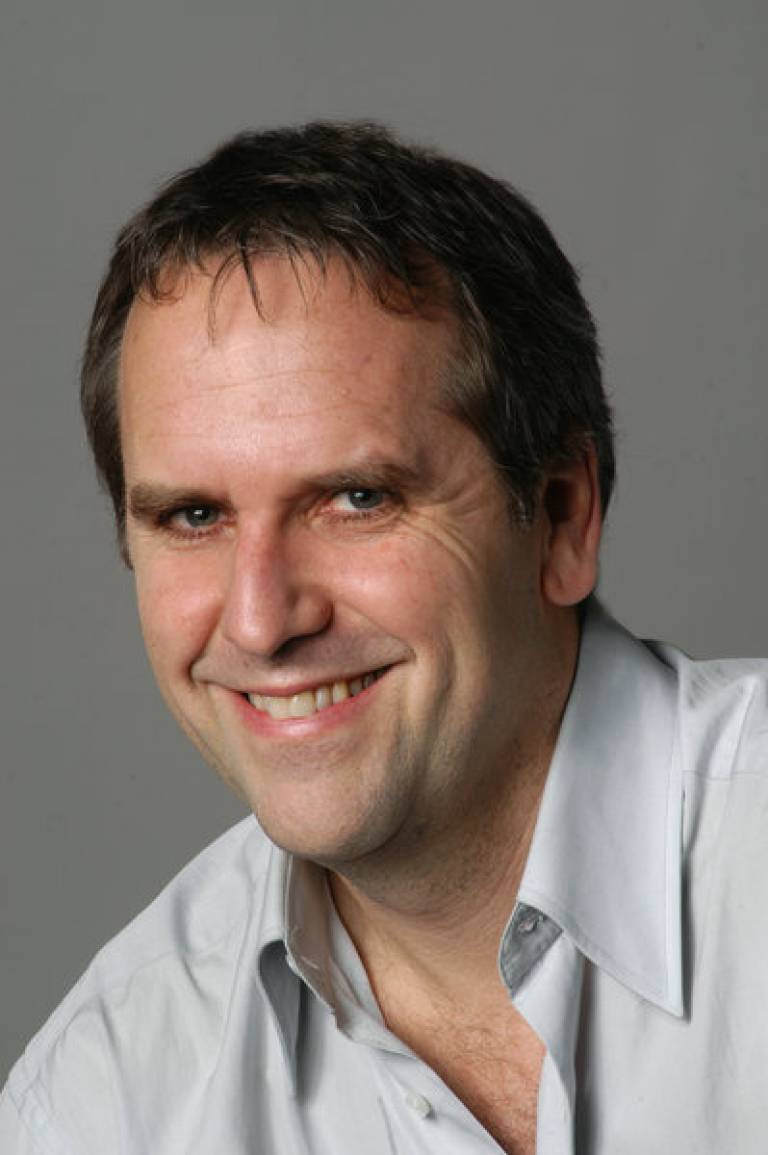 On Tuesday 16 January, Professor Michael Jordan delivered a distinguished lecture at UCL on the topic of “Computational Thinking, Inferential Thinking and Data Science.” The lecture was attended by over 200 students and staff of the UCL Department of Computer Science, and the wider UCL Engineering community.

In his opening address, Professor John Shawe-Taylor, Head of the Department of Computer Science, thanked Professor Jordan for his visit: “Michael is a world-renowned researcher, bridging the fields of computational, statistical, cognitive and biological sciences. It is a great honour to host him today.”

This void is made evident by the lack of a role for computational concepts such as "runtime" in core statistical theory and the lack of a role for statistical concepts such as "risk" in core computational theory. Professor Jordan presented several research vignettes, which aim to bridge computation and statistics, including the problem of inference under privacy and communication constraints, and the surprising role of symplectic geometry.

Michael Jordan is Pehong Chen Distinguished Professor in the Department of Electrical Engineering and Computer Science(EECS) and Department of Statistics at the University of California, Berkeley.