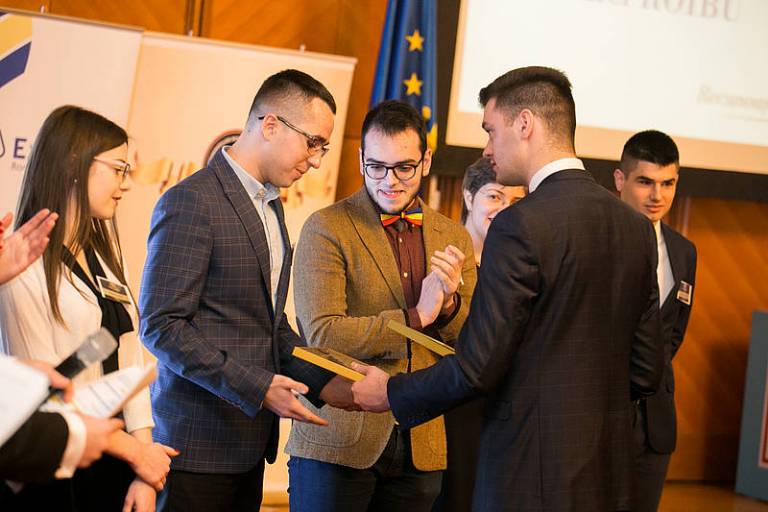 Andrei Margeloiu has been awarded a distinction as one of the top 3 Romanian undergraduate students studying in Europe. The award was presented at an annual gala organised by the League of Romanian Students Abroad, which took place on 4 January 2018 at the Romanian Parliament.

Andrei, who is in his 2nd year of BSc Computer Science at UCL, was presented with this award as a result of his outstanding academic achievements. This award comes in addition to being ranked the top undergraduate Romanian student in the UK by the Romanian Ambassador to London, Dan Mihalache.

On receiving the award, Andrei said: “For me, each distinction shows the appreciation of the devoted time and work. It is a real honour to receive such an award and I hope that it will continue to drive me to new horizons."

In April 2017, Andrei was a member of the youngest qualifying team in the world finals for HashCode, a team programming competition organised by Google. He was subsequently ranked the best first-year student in the Faculty of Engineering, and received a 2017 UCL Faculty Undergraduate Scholarship for Excellence.

Please join us in congratulating Andrei on his fantastic achievement.