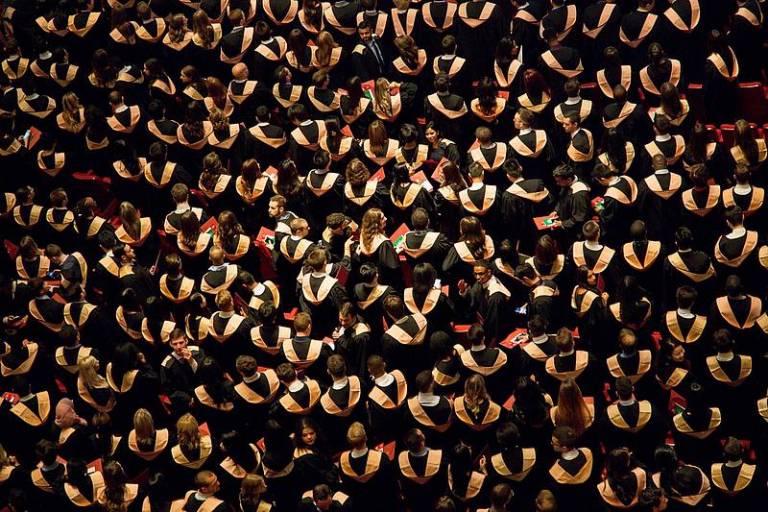 The UCL Centre for Blockchain Technology has launched a new initiative whereby graduates can use London-based, Gradbase’s, Blockchain technology for instant verification of their academic qualifications.

UCL MSc Financial Risk Management graduates can display a verified Blockchain-based qualification on their CV through a Gradbase QR code which instantly provides tamperproof information about their qualifications.

“The pilot will show that Blockchain technology can be used outside of the financial sector. It will boost the CVs of students, providing proof of concept for the future potential to reduce universities’ burden processing verification requests, and cut down the cost and time to verify qualifications for employers,” said Professor Tomaso Aste, the Scientific Director of the UCL Centre for Blockchain Technology.

To launch the pilot program, UCL partnered with Gradbase, a London-based company whose technology leverages the Bitcoin Blockchain to reduce fraud and administrative costs for both prospective employers and academic institutions.

“We are very excited to have collaborated with Gradbase on a pilot which is a UK first. The UCL CBT is playing a leading role in enabling the use of Blockchain technology in the education sector, and we believe that, in the future, such technology will become mainstream,” added Professor Aste.

Founded in 2016, Gradbase is funded by Global Advisors, a leading investment fund in the cryptocurrencies space co-founded by Daniel Masters. “We are delighted that a top-tier academic institution such as UCL has recognised the potential for Blockchain technology to change the world,” said Masters, “We look forward to receiving valuable feedback from this pilot.”

One particular challenge of the pilot was responding to the requirements of the upcoming GDPR and the “right to be forgotten” for users when Blockchain data cannot be removed. This major hurdle was overcome and the pilot is now up and running.

“We are very excited to be working with a leading and global university like UCL,” said Alberto de Capitani, co-founder of Gradbase. “CV fraud is a global issue which needs a global solution. The ambition of Gradbase is to become the first platform for easily and trustworthily verifying any qualification around the world,” concluded Gradbase co-founder Cédric Colle.

Read more about the UCL Centre for Blockchain Technology on their website.