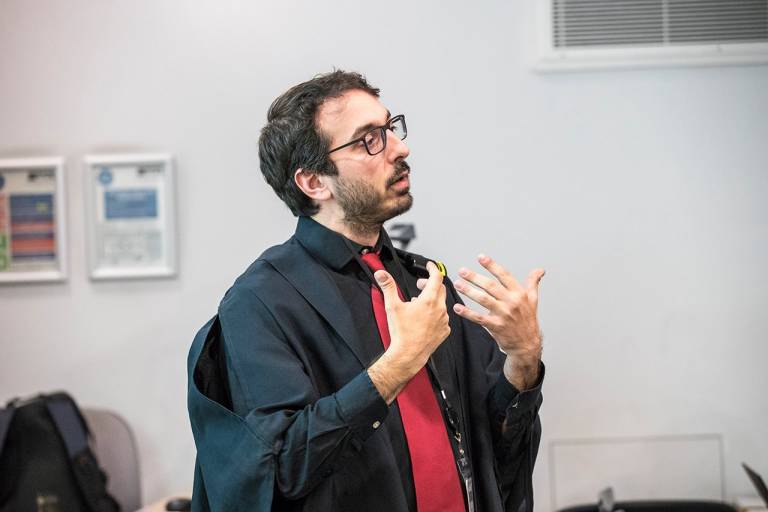 On Wednesday 1 November, Professor George Danezis delivered his inaugural lecture at UCL on the topic, 'Foiling online surveillance: new developments in anonymous communications and their applications.'

The lecture was attended by senior members of the UCL Department of Computer Science and the Information Security Research Group, distinguished academic visitors, industry members and students. Professor of Cryptology Jens Groth gave the opening address, and the lecture was closed with a vote of thanks from Dr Emiliano de Cristofaro, a reader in security and privacy enhancing technologies at UCL.

During the lecture Professor Danezis presented on current pervasive surveillance systems and his research into attacking widely deployed anonymity systems. He presented the latest anonymity designs showing that such systems can be made robust at scale.

Anonymity systems hide the meta-data of who is talking with whom online. They are relevant not only for communications privacy, but also as building blocks for private queries, social networking and private storage. They are already popular through the Tor system, and in the years to come they are likely to become a fundamental building block of information security.

Professor Danezis heads up the Information Security Research Group at the Department of Computer Science, UCL. He was appointed as Professor of Security and Privacy Engineering in 2016, and is also a fellow of the Alan Turing Institute.

He began his career in computer science at the University of Cambridge where he completed his PhD at the Computer Laboratory in 2004 under the supervision of Professor Ross J. Anderson. From there he remained at Cambridge as a research associate in the Security Group, working on anonymous communications, peer-to-peer networks and censorship resistance.

In 2005 Professor Danezis became a visiting fellow at the COSIC group at K.U.Leuven, Belgium; before returning to Cambridge in 2007 to work as a researcher for Microsoft Research, Cambridge until 2013, when he joined the Department of Computer Science at UCL.

His theoretical contributions to the privacy technologies field include the established information theoretic and other probabilistic metrics for anonymity and pioneering the study of statistical attacks against anonymity systems.

He has contributed to the design of a number of anonymity systems, including Mixminion, as well as Minx, Sphinx, Drac, Hornet and Loopix. He has also worked on the traffic analysis of deployed protocols such as Tor.

He has published over 80 peer-reviewed scientific papers on these topics in international conferences and journals.

All photographs from the event are available on the Department of Computer Science Facebook page.