Alumna shortlisted for Young Woman Engineer of the Year 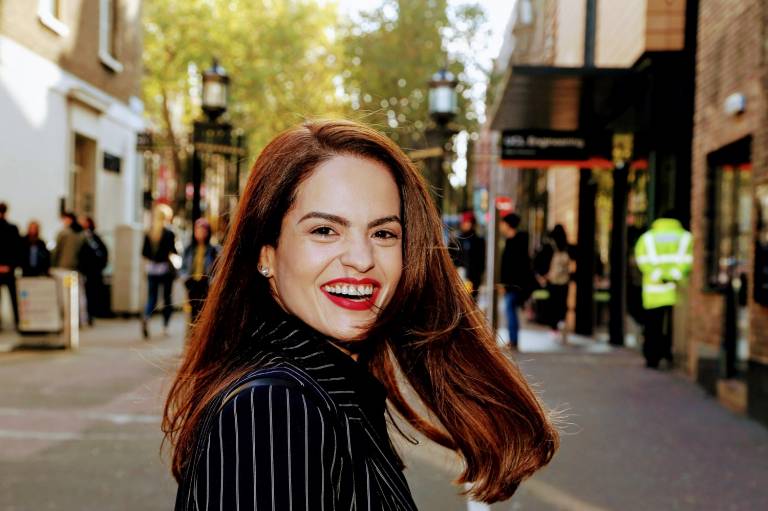 2015 UCL alumna Dr Larissa Suzuki has made it through to the finals of the IET Young Woman Engineer of the Year Awards.

Dr Suzuki is an honorary research associate at UCL, where she completed her PhD in Computer Science in collaboration with Imperial College Business School.

Her career includes over 10 years’ experience advancing the fields of computer science and engineering. Some of her most recent achievements include helping to manage the development of technologies that support London’s growth, and while still a student at UCL contributing to the growing body of knowledge about smart cities and urban data management.

She said she found out about the awards through an industry mentor, who encouraged her to submit an entry. Several weeks and an interview later, Dr Suzuki was contacted by the IET confirming she had been selected as a finalist.

“I felt very proud and honoured to have been selected as a finalist for this prestigious award,” said Dr Suzuki.

“I want to help the Institution of Engineering and Technology (IET) to increase the awareness of female role models. We have amazing women doing astonishing work in computer science and engineering, though, still not enough women. We must make them visible to inspire the generations to come.”

Ahead of the winner’s announcement on 7 December 2017 at Savoy Place, IET have launched a campaign to bust engrained masculine ideas of what a typical engineer ‘looks like’.

Titled Portrait of an Engineer, the campaign will highlight the diverse career opportunities available in engineering to women. It will include stunning images of the award finalists by esteemed photographer Vicky Lawton in Rankin’s London studio, which is best known for hosting Kate Moss, Madonna and The Queen.

The campaign will also mark the 40th anniversary of the awards at IET.

Please join us in congratulating Dr Suzuki on this fantastic accomplishment.