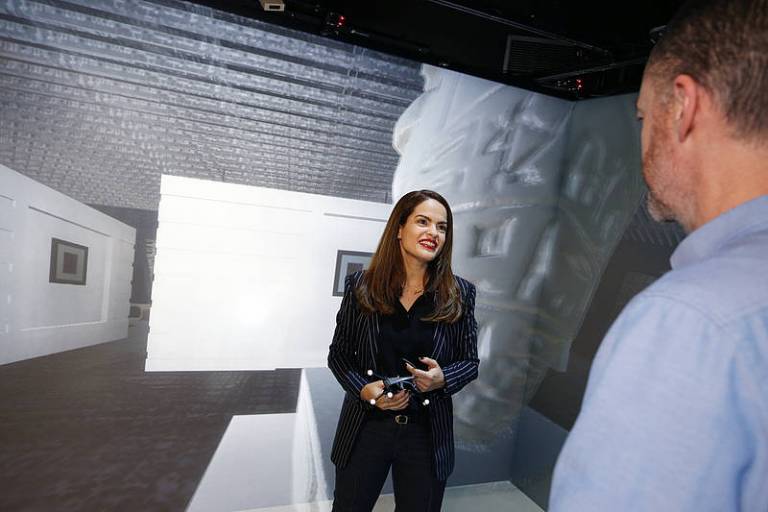 31 year old Larissa, who is Head of Data Science at Founders4School, was presented with the Women’s Engineering Society (WES) prize at the IET Young Woman Engineer of the Year awards ceremony in central London last night.

On winning, Larissa said: “I am very proud and honoured to have received the award. It is a great motivation for me to continue to support women in Computing and Technology, and to ensure the success of current and past women in Computing is recognised.”

Benita Mehra, President of the Women’s Engineering Society, added: “The Women's Engineering Society is delighted to support the YWE Award again this year in partnership with the IET, to highlight young female engineers not only achieving amazing success but also challenging young people’s perceptions of engineering careers. Our winner this year – Larissa – is a brilliant supporter of women entering and importantly championing engineering for years to come as an ambassador and an advocate of the profession.”

The IET Young Woman Engineer of the Year Awards celebrate women working in modern engineering. Their campaign Portrait of an Engineer earlier this year highlights the need to change the perception that engineering is predominantly a career for men by banishing outdated engineering stereotypes of hard hats and greasy pipes.

As well as highlighting female engineering talent, the IET Young Woman Engineer of the Year Awards seek to find female role models who can help address the UK science and engineering skills crisis by promoting engineering careers to more girls and women. Just over one in ten (11%) of the UK engineering and technical workforce is female (source: 2017 IET Skills Survey).

Larissa agreed that it is harder to be what you cannot see: “When studying my BSc in Computer Science, I learned about all the men in tech but I had never heard of Ada Lovelace, the first computer programmer or Hedy Lamarr, the inventor of frequency hopping technologies. Women can often be put off technical degrees, not because they do not have the cognitive ability but because there are so few role models. We must make them visible to inspire the generations to come - both girls and boys alike.”

In her work to showcase the incredible achievements of women in technology, Larissa has founded a crowd-sourced website called Tech Heroines. Anyone can contribute to this, to increase the awareness of the amazing work of women in computing.

Larissa is an honorary research associate at UCL, where she completed her PhD in Computer Science in 2015, in collaboration with Imperial College Business School. “UCL sets a great example to women in STEM; it is one of the most respectful institutions in the world, and the first in England to admit women on equal terms with men. I am a very proud UCL alumna.”

The IET has released a video documenting Larissa's story, which you can watch here.