Photo: Celebrating the 50th anniversary of the first ARPANET connection outside the USA. Peter is sat in the centre, surrounded by friends, family and colleagues. (November 2019)
Credit: James Tye Photography 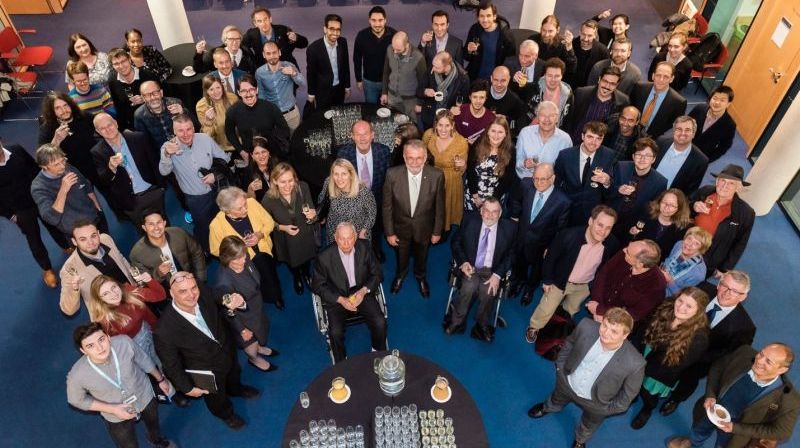 On 14th November 2019, UCL Computer Science hosted two special events marking the 50th anniversary of the first ARPANET connection. This was one of the last official UCL events Peter participated in. It was on this ocassion, the Peter Kirstein Lecture Series was launced, according to Peter's wishes.

UCL Computer Science is proud to have been pushing the frontiers of research in Computer Networks from the very early days. Professor Peter Kirstein and Dr Bob Kahn, two internet pioneers, together with Professor Jon Crowcroft and Professor Mark Handley participate in this very special lecture. The panel is chaired by Professor Steve Hailes, Head of UCL Computer Science.
The lecture was held at the RCOG premises in Regent's Park.

Looking to the Future – The next 50 years 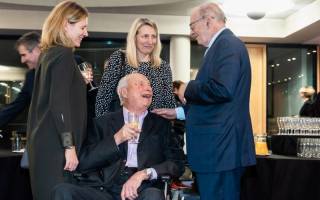