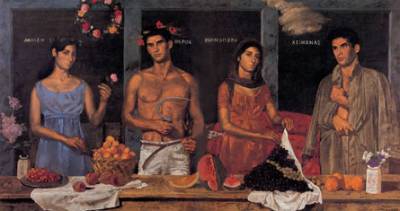 The aim of this Princeton-based international network is to explore the importance of studying the aftermath of Greco-Roman cultures both for Classical Studies and the Humanities more broadly. At the core of our project is an investigation of the relationship between reception studies and  "postclassicisms". What we mean by this is an understanding of the field of Classics as it has expanded beyond the canon (into the periods between us and antiquity-reception studies "proper"-but also into other disciplines, such as science, and other geographical areas of the ancient world). We will also interrogate the status of "Classics" or "the classical" as a site of value, both in the past and in the present. The network brings together scholars working in the field of Classical reception at the following institutions: Princeton, University of California at Irvine, Cambridge, Oxford, Reading, Pisa and Sydney.  Members of the Postclassicisms network at UCL include Professor Miriam Leonard and Professor Phiroze Vasunia.

Further details can be found on the Postclassicisms Network website