Welcome to the homepage of the project Comparative Classics: Greece, Rome, and India. Please bear with us while we update this page. 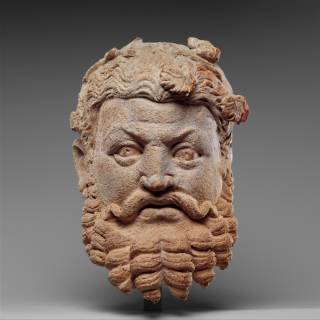 We seek to compare two classical traditions: one tradition is Greek and Roman and arose in the Mediterranean region, while the other is Indian and arose in South Asia. Each of these traditions is diverse, long-lasting, and has exerted a profound influence across centuries, but in order to arrive at a sharper understanding of why these are so distinctive and impactful, we need to think about them comparatively. It is through comparative analysis that we might better understand, for example, why both Sophocles and Kālidāsa are said to be ‘classical’, or why the Odyssey and the Rāmāyana came to be privileged over other compositions as ‘first poems’, or why certain kinds of prose style are preferred to others.

Our overarching research questions are the following: What is the very idea of the ‘classical’, that we may ask how Graeco-Roman and Indian traditions construct the idea of the classical? How does the comparison of European and Indian classicisms enrich our understanding of each tradition? Who have been the chief transmitters of the ‘classical’ in Europe and in India, in the early and the modern periods, and how have they shaped the form in which classical texts have been transmitted and received? How does comparative study help us understand the impact of classical cultures on the present, and the light that the present throws onto that past? In responding to these questions, we limit our analysis mainly to literary and philosophical texts: these texts offer important treatments of classicism and also reflect the disciplinary strengths of the applicants. The materials we consider are in Greek, Latin, Sanskrit, and modern European and Indian languages. We believe that understanding these classicisms is important since they have had a lasting impact on the different cultures of Europe and India and continue to shape cultural identities and disciplinary boundaries into the present.

The research project is funded by a grant from the Leverhulme Trust.