Pleasure and Grief: Reading ancient literature in the time of Coronavirus 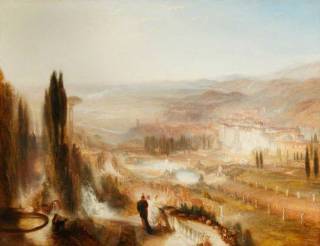 In her article, “What Do the Humanities Do in a Crisis?”, published recently by The New Yorker, Agnes Callard distinguishes two common reactions to the stress and inaction imposed by the lockdown in place in many parts of the world. Some work as much as they possibly can, those who cannot work distract themselves with movies, video games and new hobbies. She notes, however, that the humanities offer us a third option, which consists in turning our inaction into an activity Aristotle called “contemplation” (theôria). Contemplation is an active and fulfilling reflection on the most important (and difficult) topics. This kind of reflection can help us to flourish even in times of difficulty and it guides our attempts to make sense of these times.

Taking our cue from Callard’s insight, we thought we’d suggest some readings from the ancient world which can offer a valuable starting point to our contemplative activity. The first is Epictetus’ Manual, available here. Epictetus was from Asia Minor and spent part of his life as a slave in Rome under Nero. His manual contains ethical advice which is meant to lead its readers to live a morally good life which is also happy. For Epictetus, if we are morally good and wise, we will be happy even in the direst circumstances. About a century before Epictetus, the poet Lucretius composed a beautiful poem entitled On the Nature of Things. In the third book, available here, he grapples with the difficult subject of death, arguing that we should not be afraid of it.

Consolation for death and suffering was one of the vital functions of philosophy in antiquity, and is the central topic of Cicero's philosophical work Tusculan Disputations, which he wrote while in 'lockdown' in his Tusculan villa – in his case, a period of mourning for the death of his beloved daughter. But for the Greeks and Romans, poetry was also a source of pleasure and solace to those stricken by grief or suffering, whether through its deep-dive into the psychology of pain and bittersweet love, such as in the work of the poet Sappho, or through dramatic narratives of gods and mythical heroes, which could both distract us from our own all-too-human suffering and illuminate it. Indeed, mythical epics such as the Odyssey have been recast in recent years by authors such as Margaret Atwood, Derek Walcott and Junot Diaz, to rethink some of the most traumatic experiences of modernity, such as war, slavery and colonialism.

Both these consoling possibilities –  poetry as psychological exploration and as reflective fantasy – can be found in the work of the poet Ovid, who was exiled by the emperor Augustus in 8 CE. Ovid is most known for his fabulous epic poem the Metamorphoses, which showcases him as a poet who speaks uncannily to our own time of confusing uncertainty and dramatic, sometimes terrifying change. Marked by multiple narrators and interwoven narratives, dazzling wit and erudition, it links together hundreds of tales, such as Narcissus and Echo, Pyramis and Thisbe, and Diana and Callisto, under the theme of metamorphosis, or transformation.  For Ovid, change can be physical or psychological; it can be joyously creative or shockingly violent. In its obsession with bodies and desire, transformation and self-fashioning, art and artifice over nature, identity as fluid, unstable and ever-shifting rather than fixed, ‘natural’ and certain, the poem seems both magically strange and strangely modern. (There are many good translations of the Metamorphoses; find one here. Explore the 20th c. British poet Ted Hughes' rendition here).

Why was Ovid exiled? According to Ovid himself, it was punishment for 'a poem and a mistake'. The details of this mysterious offence remain tantalisingly out of reach for us: the 'poem' was probably his controversial guide to seduction, The Art of Love, which offended the morally conservative Augustus, while the mistake may have had something to do with the emperor's disgraced granddaughter Julia. Whatever his crime, this urban-loving aesthete was forced to live out the rest of his life in the small town of Tomis on the Black Sea, far away from the theatres, dinner parties, triumphal processions and libraries of his beloved Rome. Ovid's poetry from Tomis – Sad Songs (Tristia) and Letters from Pontus (Epistulae ex Ponto) – take the form of letters which must navigate the long, treacherous journey back to Rome. Some of these plead (fruitlessly) with the emperor for recall, others remember his wife and his tearful last night in Rome, while still others bewail the (supposedly) uncultured, freezing outpost in which he finds himself abandoned and alone. Yet despite his sorrow, Ovid remains witty and defiant – he may be far away from what he loves, but his imagination can cross borders and his poetry, he is sure, will outlive the emperor himself. He was right.

(You can read more about the resonances of Ovid's exile poetry in the time of coronavirus here.)