It is with great sadness we share the news of Professor Lesley Rees' passing. She was a highly regarded and much-loved colleague and friend to many. 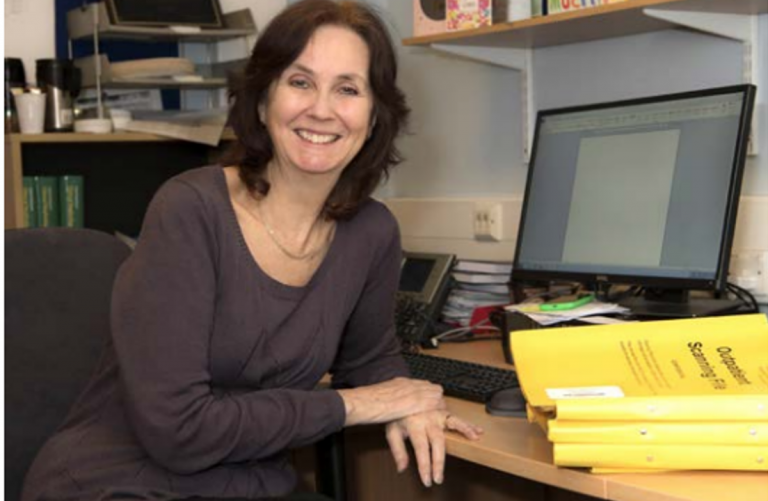 Professor Lesley Rees passed away on May 23, 2022 in London, UK, surrounded by her loving family. She was an internationally recognised leader in paediatric nephrology, a teacher and mentor to many generations of nephrologists the world over, and was much-loved by her colleagues, and her devoted patients and their families. She will be remembered as a giant of paediatric nephrology. It is the rare person who is so widely respected and loved.

Lesley graduated from Manchester University in 1974 and moved to London where she completed an MD and went on to train in paediatric nephrology at Guy’s Hospital. Undaunted by the demands of an 80-hour working week and two young children, Lesley pioneered the concept of a ‘job share’, being the first doctor in the UK to hold this position. She became an inspiration for women everywhere, making medical training more accessible and allowing young mothers to prove their worth in the medical profession. Lesley was the doctor we all wanted to be when we grew up!

In 1990 Lesley was appointed as a Consultant in Paediatric Nephrology at the Royal Free Hospital, but as paediatric nephrology grew as a distinct sub-speciality, she moved to Great Ormond Street Hospital (GOSH), bringing with her expertise in paediatric dialysis and a brood of infants and very young children with severe kidney failure. Her research interest was driven by the three major complications that she saw in her patients: short stature, bone disease and a very high mortality from cardiovascular disease.

Lesley dedicated her professional life to improving the lives of infants and children with chronic kidney disease (CKD) and together with her medical colleagues, dietitians, nurses and psychologists, she led an internationally renowned research program dedicated to an holistic approach to the care of children with CKD. To this end, Lesley taught us to provide care that was personal and compassionate as well as grounded in the best scientific evidence. She was very much a family person, putting the child and family at the centre of all her care. Her attention to detail and legendary ‘sixth sense’ are well known to anyone who worked with her. Internationally, many generations of paediatric nephrologists start their management plans with a seedling thought ……what would Lesley do? She will be remembered for her humanity, generosity and graciousness as much as for her many brilliant academic contributions.

Lesley’s seminal work in childhood nutrition and bone disease in children with CKD is well recognised and widely cited. She has challenged dogmas and led paradigm shifts in our management of these conditions. She had the intellect and clarity of thought to analyse the issues and provide rational solutions, as well as the charm, passion and unstinting determination to make the case. The nephrology community has witnessed debates where straightforward and poised, but with dogged conviction to reach the decision that she knew to be right, Lesley won over audiences at many international conferences. Lesley taught us the art of questioning, of stating one’s argument confidently, and of always, unapologetically, doing what is right.

Lesley served on the board of several national and international committees. She was the recipient of numerous acknowledgments including a Lifetime Achievement Award from the International Society for Pediatric Nephrology (IPNA), the society’s highest honour. Amongst her many academic achievements, perhaps the one Lesley would have been most proud of, was her role as co-editor of Pediatric Nephrology. Through 12 years in the role she took the journal from strength to strength, contributing immensely to the educational mission of IPNA. The impact of Lesley’s mentoring extends far beyond her ‘GOSH family’. She created an incredible network of doctors, allied health professionals and scientists whose careers have been modelled and facilitated under her mentorship.

Lesley was devoted to her family and is survived by her husband, Gordan, their three children, Lauren, Colin and Rhian, and seven grandchildren. She adored them all and was immensely proud of their achievements. Our heartfelt condolences go to all of them.

Lesley made this world a better place. Her passing is a great loss for our profession, but her legacy will endure long into a future that will be brighter for children with kidney disease. I was humbly honoured to be her friend and colleague. May she rest in peace.

A memorial event will be held at the Institute on Wednesday 20th July between 2.00-4.00pm:
Register via Eventbrite