We are delighted to announce that Professor Helen Cross will take up the post of Director of the UCL Great Ormond Street Institute of Child Health from 1 September 2022. 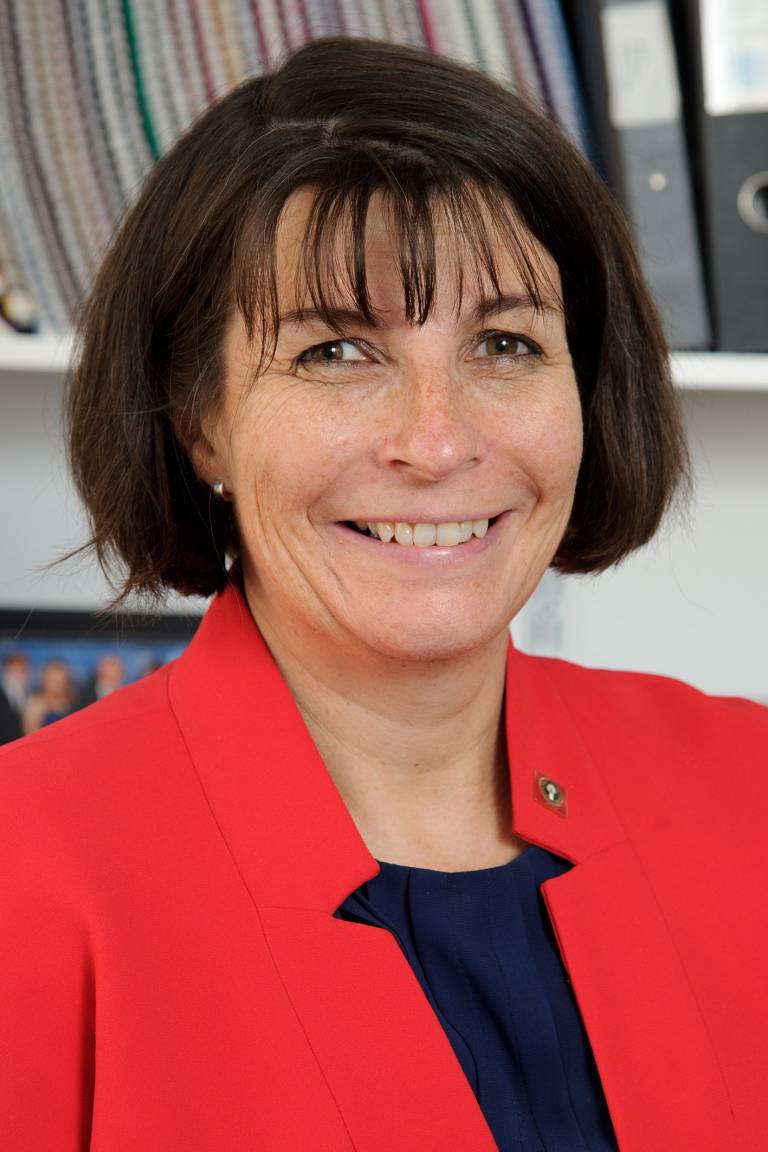 Helen is The Prince of Wales’s Chair of Childhood Epilepsy, Head of Developmental Neurosciences Research and Teaching Department at the UCL Great Ormond Street Institute of Child Health and Honorary Consultant in Paediatric Neurology at Great Ormond Street Hospital.

Helen trained in Birmingham, in medicine and subsequently paediatrics, and then came to Great Ormond Street Hospital to train in paediatric neurology. The primary focus of her research has been optimising outcomes in the early onset epilepsies, which has included epidemiology, clinical trials and outcome studies. She has also worked extensively with patient disease advocacy groups.

Helen is known for the work she has undertaken to develop epilepsy surgery in children, especially presurgical evaluation and the monitoring of postsurgical outcomes. She is also renowned for her contribution to the evidence base for the ketogenic diet in the treatment of epilepsy in children, now in the NICE guidelines.

Helen was the first and to date the only woman to be elected as President of the British Paediatric Neurology Association (2008), and in 2013, the first woman to be elected to the management committee of the International League Against Epilepsy. She has been Clinical Advisor to the national Children’s Epilepsy Surgery Service since its inception in 2012, was Topic Advisor to the update of the NICE guidelines on epilepsies 2018-2022, served on the subpanel 1 of the clinical medicine Ref2021 review, and is currently elected President of the International League Against Epilepsy 2021-2025, amongst other roles.

Helen is recognised for her work both nationally and internationally; she received the ‘Ambassador for Epilepsy’ award from the International League Against Epilepsy (2007), was awarded an OBE for services to children with epilepsy (2015) and has received the Clinical Research Award from the American Epilepsy Society, and the Frank Ford Award for contribution to Paediatric Neurology by the International Child Neurology Association (2018).

Professor Helen Cross said:  “It is an honour and a privilege to have been appointed Director of UCL Great Ormond Street Institute of Child Health. Having spent most of my career at GOS ICH and GOSH, I am passionate about maintaining the excellence in research and education achieved to date, sharing with others, and so optimising the health and well-being of children.

Dean of the UCL Faculty of Population Health Sciences, Professor Ibrahim Abubakar, said: “I am delighted with the appointment of Professor Helen Cross to lead our child health institute. The UCL Great Ormond Street Institute of Child Health is a place where staff and students are committed to improving the health and well-being of children, and the adults they will become, through world-class research, education and public engagement. Helen’s extensive international and local experience in leadership will be a great asset to GOS ICH, our Faculty and UCL.”

“I would like to use this opportunity to thank Professor Rosalind Smyth for her leadership of UCL GOS ICH over the last decade, which has ensured the place of the Institute as a top three child health research centres in the world.  I am delighted that she will continue in the Faculty leadership team as Vice Dean (Research) from 1st September 2022.”

Professor Cross will take over from Professor Rosalind Smyth who has served as Director since September 2012. We would like to thank Ros for her leadership during this time.