A new gene therapy developed by researchers at Great Ormond Street Hospital (GOSH) has been used to treat patients with a rare disease called X-linked chronic granulomatous disease (X-CGD), as part of an international study. 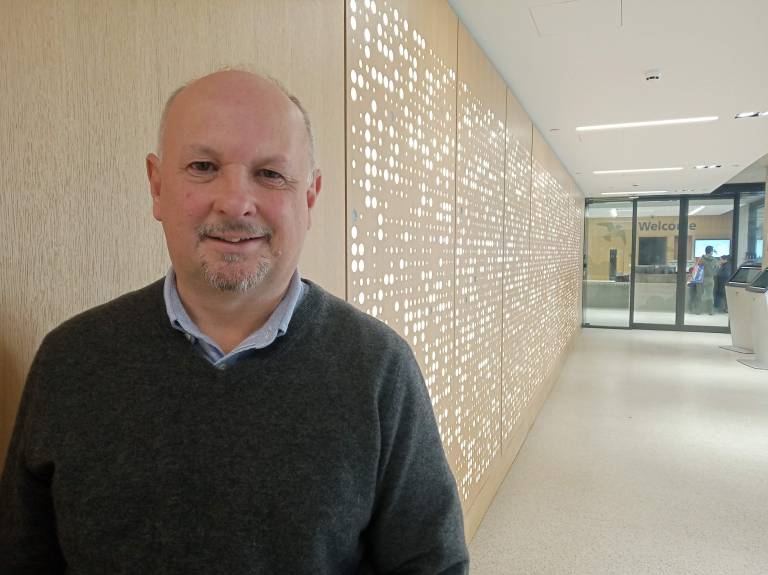 X-CGD is an inherited condition that causes repeated life-threatening infections and the study, published in Nature Medicine in January 2020, suggests gene therapy could offer an effective treatment for some patients.

Nine patients aged between two and 27 were treated as part of an international study spanning centres in the UK and US. Immunology expert Professor Adrian Thrasher and his team developed the gene therapy as part of their world-leading research programme at the UCL Great Ormond Street Institute of Child Health (ICH), supported by the National Institute of Health (NIHR) Great Ormond Street Hospital Biomedical Research Centre (BRC).

Professor Thrasher says: “These are patients who have been dealing with serious lung infections, chronic pain and other life-threatening symptoms, in some cases for many years. The results of our study suggest gene therapy could be a promising approach for some of these patients.”

X-CGD is caused by an error in the body’s genetic code – DNA – which leaves the immune system unable to fight off viruses and other invaders. Acute symptoms can be fatal, while cumulative damage over time reduces a patient’s life expectancy.

Current treatments for X-CGD include transplanting blood stem cells from a donor, which requires finding a good match for the patient. It also carries the potentially life-threatening risk of their body rejecting the foreign cells.

Gene therapy works by correcting the genetic mistake that is causing X-CGD. There is no need to find a matching donor and cells are the patient’s own, making them perfectly matched and without the added risk of rejection.

“We take a sample of the patient’s own blood stem cells,” says Professor Thrasher. “Then genetically correct the cells in the lab and return them to the patient. The cells take root and multiply, essentially launching a new, healthy immune response.”

“It’s still early days and we need to monitor progress. But some of the patients we treated have had no infections since and have been able to stop taking other CGD medications that would previously have been vital for keeping their condition in check.”

The corrected cells appear to be better than previous X-CGD gene therapies at ‘sticking around’ in the blood and establishing a healthy immune response, and there was no evidence of serious side effects. However, the cells appeared to be less able to persist in the blood of younger patients.

Two of the nine patients passed away from existing CGD-related complications that began before receiving the gene therapy. Since the study ended, the US researchers have treated additional patients and are monitoring their progress.

The international team are now planning a larger clinical trial of the therapy through biotechnology company Orchard Therapeutics. This should provide further evidence on the effectiveness of the treatment and may help them understand how the approach could be improved for younger patients.

The trial targeted one of two types of the disease, known as X-linked CGD. Caused by a genetic error in the X-chromosome, this form of CGD is only seen in male patients. Estimates suggest that less than one in every 125,000 people in the UK are affected.

In such small patient populations, global collaboration is key to ensure new treatments are tested rigorously. Professor Thrasher’s team worked closely with Dr Donald Kohn of the Eli and Edythe Broad Center of Regenerative Medicine and Stem Cell Research at UCLA, France-based company Genethon, the U.S. National Institute of Allergy and Infectious Diseases at the National Institutes of Health, and Boston Children’s Hospital.

The trial recruited patients from GOSH and University College London Hospitals NHS Foundation Trust in London, and from US hospitals in Boston, Minnesota and Los Angeles.

This is the latest in a series of groundbreaking gene therapies pioneered by Professors Thrasher and Bobby Gaspar and their team based at GOSH and the ICH. Their work has been heavily supported by the NIHR GOSH Biomedical Research Centre and Great Ormond Street Hospital Children’s Charity (GOSH Charity), including donations from the Mahboubian Family.

In 2001, the team treated the first child in the UK – and one of the first in the world – with gene therapy for an immune system condition. Since then, more than 70 children have been treated and the research programme expanded to include other rare conditions like CGD.

Founded in 2015 by Professors Thrasher and Gaspar, Orchard Therapeutics aims to develop gene therapies for diseases that, due to their rarity, can struggle to attract funding and be expensive to manufacture.