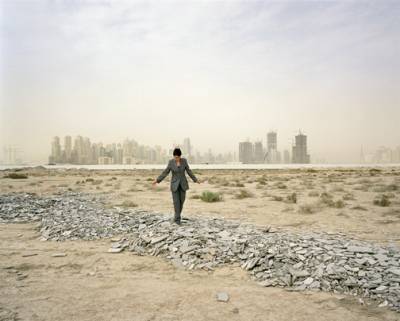 This half-day symposium invites audience members to engage with international artists and academics to investigate current conditions of artistic production in relation to new forms of labour in the emerging global economy. Presenting various perspectives on immaterial labour and its relationship to contemporary art, speakers will address questions around the impact of immaterial production on new aesthetic forms and uses of art, how artists both embody and contest the precarious working conditions of immaterial labour, and art's potential to serve as immanent critique of capitalism.

Butler, Judith, 'For and Against Precarity,' Occupy Theory (2011)

Graeber, David, "The Sadness of Post-Workerism: or 'Art And Immaterial Labour' Conference: A Sort of Review (Tate Britain, Saturday 19 January, 2008)," The Commoner (2008)

Holmes, Brian, "Come On Cognitarians: One More Effort If You Want Some Equality," Occupy Everything and/or Evacuate," (July 2010), available at: http://occupyeverything.org/2010/come-on-cognitarians/

Precarious Workers Brigade, "Fragments Toward an Understanding of a Week that Changed Everything" e-flux (April 2011)

Steyerl, Hito, 'Art as Occupation: Claims for an Autonomy of Life,' e-flux (2011) http://www.e-flux.com/journal/art-as-occupation-claims-for-an-autonomy-of-life-12/

Steyerl, Hito. "Politics of Art: Contemporary Art and the Transition to Postdemocracy." e-flux no. 21 (December 2010): 24-28. http://www.e-flux.com/journal/politics-of-art-contemporary-art-and-the-transition-to-post-democracy/