Maxine Molyneux was born in Pakistan and grew up in India and Latin America. She is Professor of Sociology and was Director of the UCL Institute of the Americas until April 2014. Prior to joining UCL in 2012 she was Professor of Sociology, and from 2008, Director of the Institute for the Study of the Americas at the School of Advanced Study, London University. She previously held full time posts at the Institute of Latin American Studies (ILAS), University of London, the Politics and Sociology Department of Birkbeck College and the Sociology Department of Essex University from where she gained her PhD in 1983.

Maxine Molyneux has written extensively in the fields of political sociology, gender and development, human rights and social policy, and has authored books on Latin America, and state socialism in Ethiopia and South Yemen. She has acted as a senior adviser, consultant and researcher to various agencies of the UN including UNRISD and UNIFEM/UN Women on a variety of research projects with a focus on gendered inequalities, as well as to IDRC (Canada), and Oxfam.  She has undertaken and led multi-country research projects investigating the effectiveness of anti-poverty programmes for the UK’s Department for International Development, CARE International, and other development policy agencies and NGOs.

The most recent research project for which she served as Research Director was a five country qualitative study of the social effects of Cash Transfers, commissioned by DFID and undertaken on behalf of the Overseas Development Institute. This work has led to impact on a range of non-academic stakeholders: it informed a key strand of DFID’s development assistance and benefitted over 2 million households in five countries, as well as the policy design and research methodology of several UN agencies and INGOs and contributed to a change in the delivery of cash transfers across a range of policy actors – including government ministries, NGOs, development consultancies and policymakers.

Maxine is the editor of Palgrave/Macmillan’s Studies of the Americas Series and UCL Press’s Modern Americas Series. She  serves on the Editorial Board of Economy and Society, and is an international Editor of the Oxford Journal of Development Studies. She is also a Fellow of the Academy of Social Sciences.

Maxine Molyneux’s current research is on the transformations of welfare systems in Latin America, citizen participation and accountability in social protection in Latin America; and the history and politics of Latin American feminism.

Professor Molyneux is currently teaching on the Masters courses, Globalisation and Latin American Development, and Researching the Americas, and on the undergraduate Research Methods course.

Research Supervision: Among the topics of the doctoral students that she currently supervises are Latin American social policy, and feminist social movements in the Latin American region. 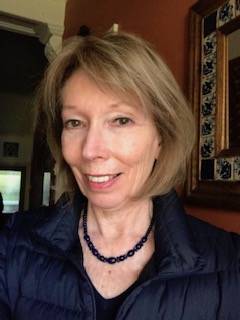 E-mail me to make an appointment