The Mathematics Department at UCL is an internationally renowned department within one of the world's most prestigious universities.

The Mathematics Department is one of the founding departments of UCL, established in 1826. UCL was the first university in England to be established on an entirely secular basis, and to admit students regardless of their religion and race. In 1878, it became the first university in England to admit women students as well as men.

The department is situated at the corner of Gower Place and Gordon Street on the main College site. It occupies floors 4-8 above the Students' Union and consists of lecture rooms, lecturers' offices and the departmental office. There is also a student common room and a quiet room with a small student library.

The Mathematics Department at UCL is an internationally renowned department within one of the world's most prestigious universities. It has a research rating in the official UK league tables comparable with that of Oxford and Cambridge. 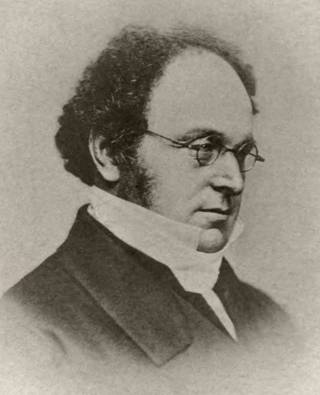 The department's reputation dates from 1826 when it was one of the founding departments of UCL and as such it is the third oldest mathematics department in England. The first Professor of Mathematics was Augustus De Morgan who is famous for his laws of sets. It was he who posed the famous 'Four Colour Problem' when he was quoted as saying, 'A student of mine asked me today to give him a reason for the fact which I did not know to be a fact - and do not yet. He says that if a figure be anyhow divided and the compartments differently coloured so that figures with any portion of common boundary line are differently coloured, four colours are wanted, but no more.' This problem eluded the efforts of mathematicians for over a hundred years and was eventually proved using 1,200 hours of computer time!

Another world renowned professor was J J Sylvester. He was a pupil of De Morgan, and was one of the founders of modern algebra and, in particular, was responsible for introducing the term matrix.  The department's Astor chair in Pure Mathematics  was founded from an endowment given to the College by the famous New York immigrant, William Waldorf Astor, in 1902 and MJM Hill held the first chair.  One of the most distinguished holders of the Astor chair was Harold Davenport who was famous for his contribution to number theory.

The department's Goldsmid chair in Applied Mathematics was founded specifically with the mathematician W K Clifford in mind. His work on geometry was a significant precursor of general relativity, and some of his analyses in non-Euclidean geometry are still considered as good models for various Einstein cosmologies. Another distinguished holder of this chair was Karl Pearson who was one of the founders of biometry and the use of statistics in many branches of science. He is remembered for the Pearson Significance Test in statistics. A more recent holder of the chair was Sir Harrie Massey, one of the foremost figures in space research and a leading world expert on atomic and molecular collisions.

Among recent members of the department was one of the century's greatest theorists in fluid mechanics, Sir James Lighthill. He held the Lucasian chair at Cambridge which was once held by Newton and more recently by Stephen Hawking. Renowned for her outstanding contributions in fluid mechanics, Professor Susan Brown, in 1986, became one of the first female professors in mathematics in the UK. More recently, Professor Helen Wilson was president (for the 2015–2017 term) of the British Society of Rheology, the first woman to hold this position.

Since its beginning, mathematics at UCL has been enhanced by its many outstanding members of staff. Indeed two of its students (and later staff) Professor Klaus Roth (1958) and Professor Alan Baker (1970) have gone on to win the Fields Medal, the mathematician's equivalent of the Nobel Prize. Another former member of staff Professor Tim Gowers won the Fields Medal in 1998 for work he did whilst at UCL. In all there have only ever been six British winners of Fields Medals!

The Department of Mathematics today

Our Head of Department, Professor Helen Wilson, leads a team of 52 full-time academic members of staff of whom 20 are full professors, and a number of Honorary members of staff, including in all four Fellows of the Royal Society. The department is supported by a Professional Services Team of 15. The department also has several Postdoctoral Research Fellows, around 70 PhD students and 50 MSc students. We also welcome a regular stream of distinguished visiting academics from home and abroad. The broad range of research interests is reflected in the large choice of courses available in the third and fourth years of the degree programmes, from computational geometry to fluid mechanics and from mathematical ideas in biology to cosmology. The world-rated research journal Mathematika is published by the department.

The department has been joined by CORU (the Clinical Operational Research Unit) which applies mathematics to a wide range of medically oriented research topics. The department also participates in CoMPLEX (Centre for the application of Mathematics and Physics in the Life sciences and EXperimental biology).

The department is also involved with the London School of Geometry and Number Theory, which is an EPSRC Centre for Doctoral Training that offers a 4-year PhD programme. This is a joint venture with Imperial College London and King's College London. The LSGNT is made up of about 40 mathematicians in three London Universities, with interests in different aspects of number theory, geometry and topology, and they admit 14-15 students per year over a 10-year period; the first intake was in September 2014.

The original prospectus for the Mathematics Department in 1826 stated:

“THE MATHEMATICAL SCIENCES are so justly valued as a discipline of the reasoning faculties, and as an unerring measure of human advancement, that the commendation of them might seem disrespectful to the judgement of the reader, if they did not afford by far the most striking instance of the dependance of the most common and useful arts upon abstruse reasoning. The elementary propositions of Geometry were once merely speculative; but those to whom their subserviency to the speed and safety of voyages, is now familiar, will be slow to disparage any truth for the want of present and palpable usefulness.

Nearly all of this remains as true today as then!