This module is an in-depth exploration of the foundations and core rules and principles of public international law, including key systemic concerns such as fragmentation and constitutionalisation.

This module provides an overview and analysis of the core general rules and principles of international law, exploring these rules and principles in both their historical and modern contexts. It does not require previous knowledge of international law, but it will examine the material in more depth and with a more critical perspective than undergraduate treatments. There is a focus on the key contemporary problems and issues, and on the shifts in international law over the last 100 years which inform current debates.

This module is subject to change.

Students should purchase a copy of Evans (ed), “Blackstone’s International Law Documents” (13th edn, 2017, Oxford University Press) (the 12th edition is also fine). This contains the text of key treaties and statutes which will be referred to during the course. The book may be taken into the exam at the end of the year, provided it is not annotated.

There is no set text book for the module. Reading will include case law, articles, and chapters from a number of the leading texts. In general, however, introductory reading will be assigned from one or both of the following books, and students may wish to purchase one or both of them:

For more detailed reference, we suggest:

Students who have not previously studied public international law, or who wish to refresh their memories on the subject, may wish to read: 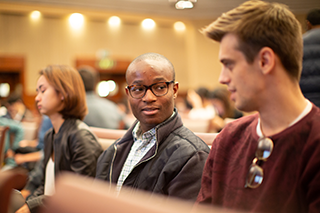 Studying in the heart of legal London

“UCL is really in the heart of London so you get to know the city while you’re student...it’s also very well connected to most of the city firms in terms of graduate and career opportunities generally, so that’s a huge benefit.”

For all enquiries regarding applications to the LLM Law programme at UCL Laws, please contact UCL Admissions directly in the first instance. You should always quote your UCL Application ID number in any correspondence relating to your application.