With non-consensual image-sharing prevalent among UK teenagers, how can schools, parents, government, and pupils themselves work to combat this increasingly everyday aspect of young people’s lives? While researchers have expressed that ‘sexting’ – the consensual exchange of sexual images – can be a form of sexual expression and intimacy formation for teenagers, sharing such images non-consensually constitutes image-based sexual harassment and abuse.

To find out more about young people’s experiences of non-consensual image-sharing and how best to combat this, UCL Institute of Education (IOE) academic Professor Jessica Ringrose teamed up with academics from the University of Kent, the Association of School and College Leaders, and School of Sexuality Education. They undertook qualitative and quantitative research on digital image sharing practices with 480 young people aged 12-18 years (336 in a survey and 144 in focus groups) from across the UK.

Over 75% of girls in the focus groups had received an unwanted image of male genitals from unknown adult men or known and unknown peers. Also, of those who had been asked to send nudes, girls felt more pressure to do so, compared to boys.

Jada: "I had a friend, yeah, and her boyfriend must have sent her a dick pic, and then he carried on trying to pressure her to send one, I feel that’s what happens the most, these boys try and pressure them like into sending it back, because oh I send, or oh if you love me you’ll send it back to me."

Only 16% of young people reported the harassment and abuse to social media platforms, 5% to parents and just 2% reported it to school.

Participants believed their digital sex education could be improved if it were delivered in smaller group formats, with younger facilitators. Some also suggested lowering the age at which they learn topics related to digital sex education. The focus groups worked on mind maps and top tips for Better RSE. 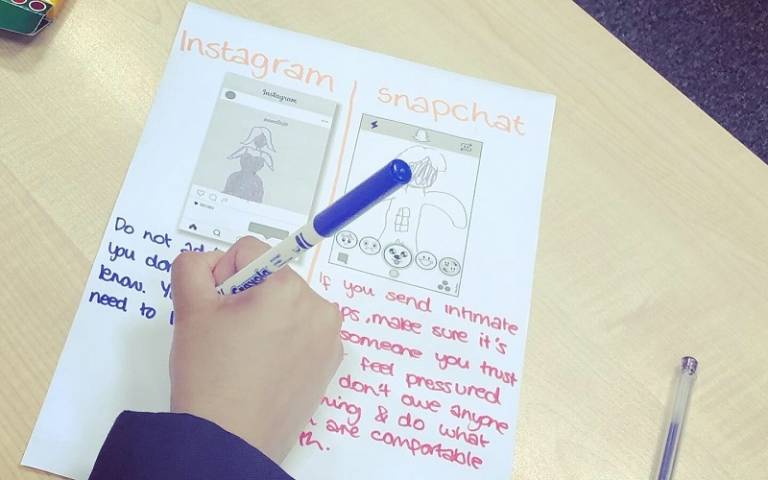 The researchers recommend a number of things that schools, parents and carers, tech companies, and government can do to prevent unsolicited images being sent.

In addition to training all teachers and school staff on identifying and responding to online and offline sexual harassment and abuse, the researchers recommended:

Implementing a victim-centred approach to online and offline sexual harassment and abuse.

The researchers found that young people are not reporting their experiences of sexual harassment and abuse because they fear that it will make matters worse. They stress that young people must feel confident that their agency will be respected. Taking a victim-centred approach involves prioritising the victim and their needs above all else, before involving other actors, such as police and the perpetrator.

Teenagers lack a language and framework to understand experiences of online harms, which contributes to the normalisation of digital sexual violence. By addressing online interactions through a consent and ethics lens, students are able to identify coercion, harassment, sexist and homophobic bullying, and hate-speech. This provides them with digital literacy skills and empowers them to correctly name these experiences as such.

Monique: "[Young people] they think it’s normal.…yeah, it’s normal, or they didn’t do anything, and that is sexual assault, but most teenagers don’t know that, so they don’t do anything about it, and they just leave it. And they’re feeling bad. (15-year-old girl)"

Focusing on preventing perpetration of image-based sexual harassment and abuse 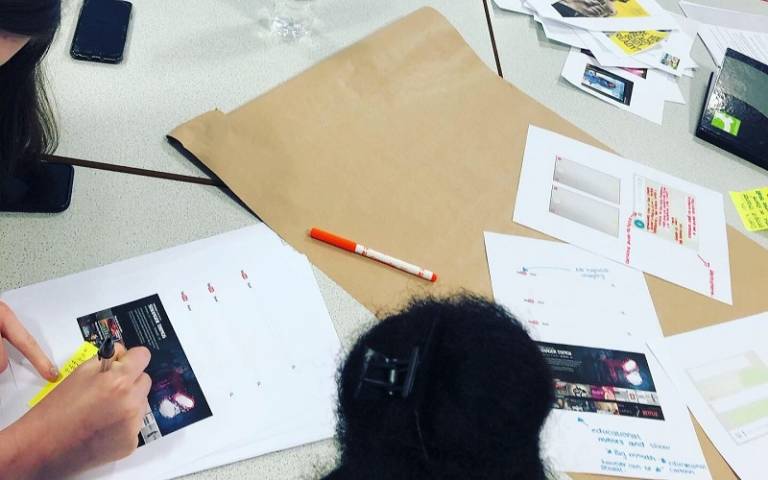 For parents and carers

Research shows that children often avoid telling their parents about their experiences of sexual harassment and abuse because they worry about being punished or having their technology taken away. Children must feel that if they experience online abuse, they will not be in trouble if they confide in an adult.

The tools that young people need to navigate digital intimacies overlap with those that they need to explore any relationship or sexual encounter safely and ethically.

Chantelle: "So I was at home, in my room, and I get a Facetime call from a guy, and he was rubbing his belly, but it was a girl account. He just showed me his face. He opened up his top and started rubbing his belly. And he was like do you want me to open my trousers? And I just blocked him. (13-year-old girl)."

It can be difficult to remove nudes shared non-consensually on popular social media apps or private messaging apps. An integrated approach between young people’s online safety services and social media companies could be a highly effective solution to keeping children safe online.

Rather than simply auditing whether sexual harassment is occurring in schools, Ofsted needs to provide schools with the financial means to secure appropriate staffing, training and high-quality evidence-based resources to teach gender and sexual equity to tackle the roots of sexual harassment.

The existing Relationships, Sex and Health Education guidance (2019) states that schools must teach students “resisting pressure to have sex”. This causes schools to teach children that victims of coercion are responsible for changing their behaviour, rather than the perpetrator, further bolstering harmful victim-blaming narratives.

In order to combat non-consensual image-sharing, schools should teach about what constitutes online sexual harassment, including image-based sexual abuse and cyberflashing, and the guidance needs to include this.