Paul is an Honorary Research Associate, in the Department of Education, Practice and Society (EPS), and Co-Director of the Centre for Post-14 Education and Work.

I retain an active interest in the department, and contribute to on-going projects as appropriate, mainly working with Further Education (FE) colleges.

I am  involved in the G20 Summit process, working with a variety of task forces looking at the future of work, and education for the digital age. These study issues such as the impact of Artificial Intelligence on skills and employment systems, and on social structures. This work gained a new urgency during the pandemic, and I have been looking at improving access to, and use of, the internet. I have recently joined the G7 Commission on Internet Governance (GIDE).

I've been at IOE for 16 years. Previously I was a College Principal in Liverpool.

What's the most important thing you've learned from your students about the subject you teach?

That you cannot be a successful teacher unless you have a genuine respect for your students.

Seven years ago Ann Hodgson and I coordinated a book, The Coming of Age for FE?, ed. A. Hodgson (2015) which was has been described as the most important book on FE in 20 years. My joining the G20, and now the G7, has given an interesting global perspective to my work on access and participation.

Tell us about a project you are working on now which is top of your to-do list...

At present the G7 is considering a new governance arrangement for the internet, taking into account its developing commercial role, increasing potential for harm, and technological developments. Our work focuses on health, education, material gain/growth, empowered individuals and stronger communities, and empowering without exploitation, neither authoritarian nor manipulative.

That I am a Licentiate of the London College of Music and worked for a short time as a choreographer.

What other piece of research outside of your own subject area interests you?

My early research was on Franciscan preaching of the 14th century. I wanted to understand why the Ricardian school of poetry (Chaucer being the best known) could assume an informed and sophisticated audience. I found the answer in the preaching of friars, who preached competitively with the established church, were highly populist, and who introduced continental rhetorical forms into England. They developed the use of the same form of dramatic cameo vignette as Chaucer uses in his tales. 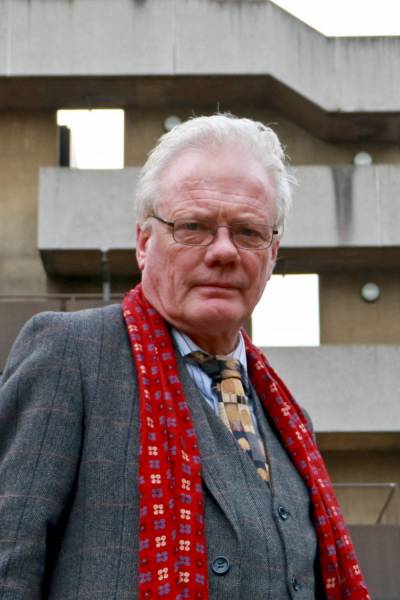