School break times are as much as an hour shorter than they were two decades ago meaning children are missing out on valuable opportunities to make friends, develop social skills and exercise, according to new UCL Institute of Education (IOE) research. This IOE study, funded by the Nuffield Foundation, looked at how school breaks and young people’s social lives have changed over 25 years comparing data from over 1,000 primary and secondary schools in 2017 to data collected in 2006 and 1995.

The researchers also found that outside school children are half as likely to meet up with friends in person, with 31% of children reporting that they seldom get to meet peers and friends compared to 15% in 2006.

Lead author, Dr Ed Baines (Department of Psychology and Human Development) said: “Despite the length of the school day remaining much the same, break times are being squeezed even further with potential serious implications for children’s well-being and development.

“Not only are break times an opportunity for children to get physical exercise – an issue of particular concern given the rise in obesity, but they provide valuable time to make friends and to develop important social skills – experiences that are not necessarily learned or taught in formal lessons.” 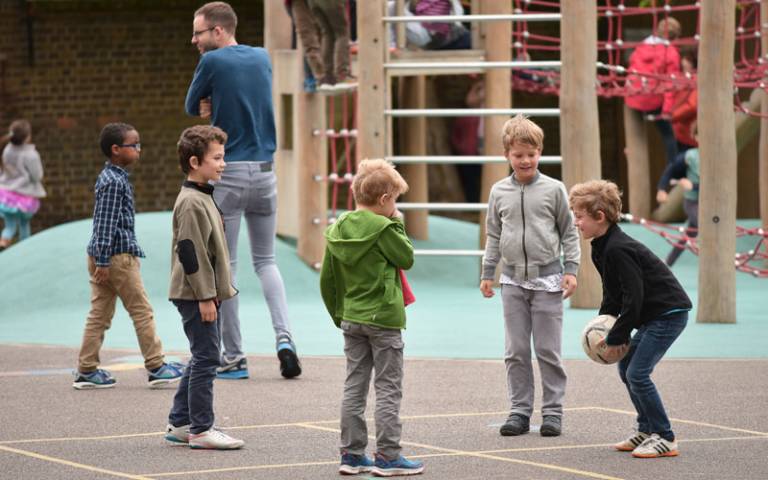 As well as having less time for breaks, nearly 60% of schools also withhold breaks from children when they or their classmates have been poorly behaved or need to complete work.

“Whereas at one time afternoon breaks were a daily experience for nearly all primary school children, now they are increasingly a thing of the past. And there has also been a decline in lunch breaks, which is of particular concern,” added Dr Baines.

“Children barely have enough time to queue up and to eat their lunch, let alone have time for other things like socialising, physical exercise, or exploring self-chosen activities.”

The researchers found that pupils were overwhelmingly positive about taking breaks (particularly longer lunch breaks), with 87% of children saying they ‘liked’ or ‘really like’ them. Just 5% of children said they did not like break times.

Pupils at primary and secondary levels valued breaks first and foremost for the opportunity they provide to socialise with friends. They also valued the opportunity for some free time, and the chance to choose what they wanted to do and/or to engage in playful activities.

School staff said the breaks gave children the opportunity to get some physical exercise, fresh air and something to eat.

Co-author Professor Peter Blatchford (Department of Psychology and Human Development) said: “We believe that schools should carefully consider the time available for breaks and refrain from cutting them further. Policy makers should also consider legislating for time for pupils to have adequate breaks – whereas working adults, including teachers have a right to breaks, there is no equivalent policy for pupils.”

Josh Hillman, Director of Education at the Nuffield Foundation said: “School break time is the sort of issue that easily falls below the radar, but this research – spanning two decades – sheds light on a very worrying trend. As concern for the mental health and well-being of school children grows, break times have got shorter. Working adults are entitled to breaks to improve productivity so it is surprising school age children do not have equivalent rights. We hope that the report’s findings and recommendations will encourage policy makers to take action to ensure pupils have adequate breaks during the school day.”