Children's maths skills are not harmed by using calculators in the classroom, according to a study by UCL Institute of Education (IOE) and University of Nottingham academics. 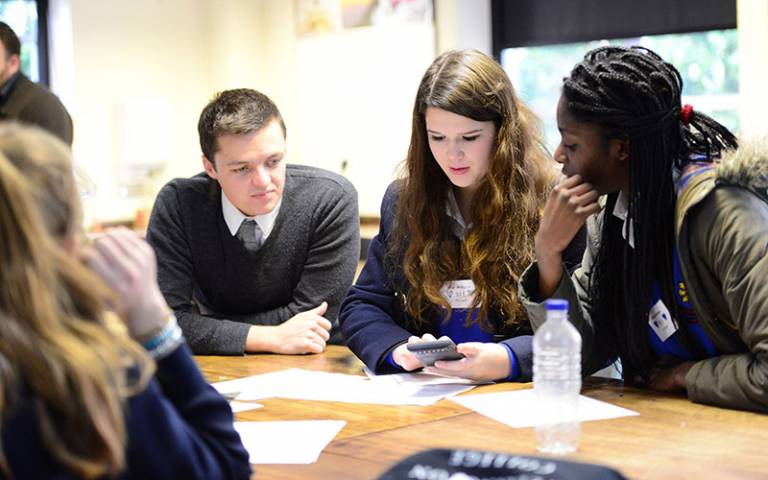 Instead, using the devices in maths lessons can help to boost pupils' calculation skills, a report commissioned by the Education Endowment Foundation (EEF) and the Nuffield Foundation suggests.

It argues that the evidence indicates that while primary school students should not use calculators every day, those at secondary school should have "more frequent unrestricted access" to them.

When they are a part of teaching pupils mental and other maths skills, calculators can help improve students' maths abilities, the study says, and pupils are more likely to use them less, but in a better way.

"Calculator use does not in general hinder students' skills in arithmetic," the study, which reviews international research on maths teaching, says.

"When calculators are used as an integral part of testing and teaching, their use appears to have a positive effect on students' calculation skills."

"As with any strategy, it matters how teachers and students use calculators.

"When integrated into the teaching of mental and other calculation approaches, calculators can be very effective for developing non-calculator computation skills; students become better at arithmetic in general and are likely to self-regulate their use of calculators, consequently making less (but better) use of them."

"What this review finds is that they can actually boost pupils' fluency and understanding of maths - but that to do so, teachers should ensure they are used in a considered and thoughtful way, particularly with younger students."

IOE professor Jeremy Hodgen, said: "It's really important that kids use calculators amongst other methods."

He suggested they were valuable in checking calculations are right and mean that pupils can tackle tricky numbers.

He said: "Employers really value numeracy, but they don't want people who can just recite their times tables, they want someone who can work out something in the real world.

"But before they use a calculator they should know that the answer is about 1.2 million, so that if they get an answer which is about 123,000 they have made a mis-key error."

Calculators were banned from maths SATs tests for 11-year-olds in 2014, amid concerns by ministers that primary school pupils can be overly reliant on them.