UCL Institute of Education (IOE) finds support for democracy, individual liberty and mutual respect is running at a "very high" level among young people in England, including minority ethnic groups. 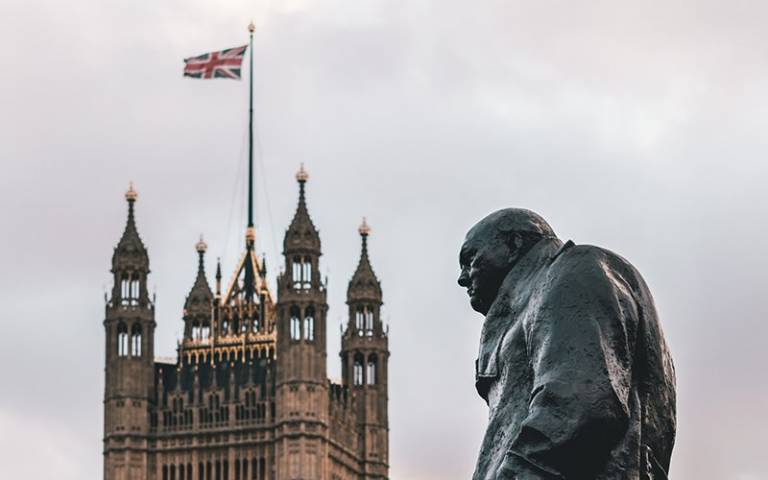 This was the case even before the government introduced guidance setting out schools' duties to promote the values as part of its "Prevent" counter-terrorism strategy.

However, support for the values is lower among young people who follow vocational courses at school or college beyond the age of 16, with those pursuing academic - rather than work-related - study from that age much more likely to embrace them.

The government could seek to address this by introducing citizenship classes for all over-16s, ideally with those who in other respects follow purely vocational, or purely academic, qualifications pathways being educated together for this subject.

These are the conclusions of a study by Jan Germen Janmaat of the LLAKES Centre for Research on Learning and Life Chances, based at the IOE. The research has been published in the British Educational Research Journal.

Dr Janmaat analysed the results of 13 survey questions completed by 420 young people aged 22 and 23 in 2014, just before the government specified what it called "Fundamental British Values" in guidance stating that they should be taught in English state schools. This move aimed to address what the government saw as the dangers of young people without such a mindset being radicalised.

The survey questions explored young people's views on issues integral to the four elements of what became defined as Fundamental British Values (FBVs): mutual respect and tolerance; support for the rule of law; democracy; and individual liberty.

Questions included how much it would bother individuals to have people of a different ethnicity as neighbours or colleagues; whether obeying the law makes someone a good citizen; and whether people should be able to protest peacefully against a law they believe to be unjust. The answers, each given on a five-point scale from "strongly agree to strongly disagree", were then used to construct an index of FBVs, where 1 indicated "minimal support" and 5, "maximum support" for what the government now calls FBVs.

Most of the answers were supportive of FBVs: respondents' average score across all questions was 3.98, or almost 4 out of 5 for each respondent.

And some 97.5 per cent of respondents scored higher than the neutral midpoint of three.

This led Dr Janmaat to conclude that support for what the government labelled FBVs was already - before the launch of the guidance on teaching them - running "very high".

In addition, the study found that there were no significant differences between the support for FBVs among Asian British respondents, who scored a mean of 3.93, those classed as Black British (3.92), and those labelled White British (3.98).

"A key finding of the current study is that Asian British and Black British respondents are not expressing significantly lower level of support for FBVs than their White British peers," the study states.

This provisional finding, backed up by other studies, supported widely-made arguments among other researchers that "the four values labelled as fundamentally British" actually constitute "universal human values theoretically upheld in many countries", says Dr Janmaat's paper.

Its findings, and those of related research, "question the premise on which the policy, according to many observers, is based, namely that Muslim youth are wanting in their endorsement of the four values and are therefore more susceptible to radicalisation," the paper states.

The study also investigated the impact of education on support for FBVs.

The young people had been asked questions, in their GCSE year, about the amount and type of citizenship education they had received at school, on topics including parliament and government, voting and the media as well as whether their teachers promoted open discussions of topical issues and if the young person had participated in school political activities such as student councils and debating clubs. However, no specific type of citizenship teaching was associated with higher support for FBVs, while the climate for discussions in schools, and whether young people took part in school political activities, seemed to make little difference.

"These results…tell us that educational conditions experienced in lower secondary leave little trace on values eight years down the line," states the paper.

The type of education programme followed by young people beyond the age of 16 was important, though, in terms of its association with higher or lower support for FBVs.

Those with vocational qualifications, such as NVQs, were significantly less supportive of FBVs than those with degrees.

Interestingly, support for FBVs did not fall significantly among those whose highest qualification was five good GCSEs, or A-levels, compared with those with degrees. This suggested that whether an individual had followed an academic or vocational pathway post-16 was much more important in predicting higher or lower levels of support for FBVs than the level of academic qualifications they attained.

"The stark difference between the vocationally and academically schooled respondents suggests that the diverging educational pathways post-16 have a defining influence on the political outlook and democratic engagement of young people in their early twenties and erase the impact of earlier educational activities in the process," found the research.

The paper states that there could be three possible reasons for this effect: post-16 vocational curricula would be less likely to feature political discussions; the concentration of young people from more disadvantaged backgrounds, which tended to be less politically-engaged, in vocational programmes might encourage a peer group effect towards a "rejection of the world of politics"; and placement in the vocational track could give rise to a feelings of failure and exclusion, which "could have knock-on effects on engagement with society". However, the study itself provided no definitive answer on what exactly caused the post-16 vocational/academic disparity in support for FBVs.

The paper speculated that citizenship education might be more usefully deployed from the age of 16.

Janmaat wrote: "I argue that if the government wishes to promote FBVs still further (despite levels of support already being quite high), it needs to focus on upper secondary education.

"At this stage (late adolescence), young people are becoming interested in wider political and social issues and are thus especially susceptible to input that influences their civil and political engagement."

Bearing in mind the differences in support for FBVs between those on vocational, and those on academic, pathways, the government could consider introducing citizenship education for all, at post-16 level, in both academic and vocational courses.

In fact, this might be most effective if young people following vocational and academic pathways were taught in the same citizenship education classes, the paper suggests.