A unique bi-country research centre focused on turning the trauma of mass displacement into prosperity for all receives its official UK launch today (24 April). 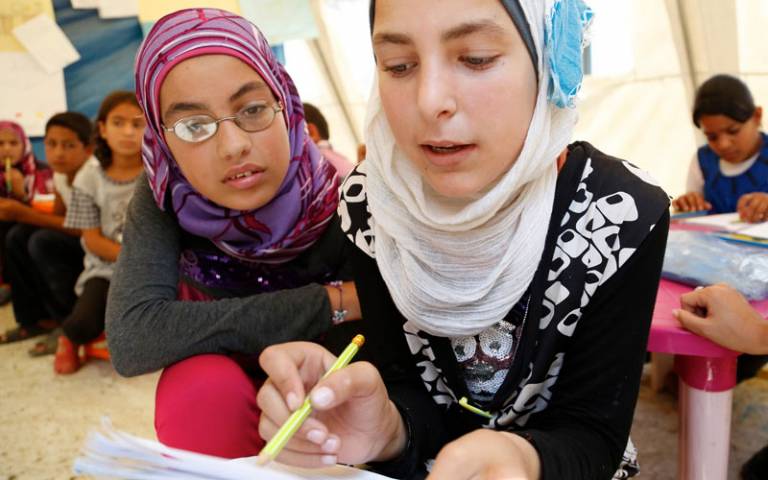 Bringing together academics from UCL Institute of Education (IOE), among others, and grassroots activists in the UK and Lebanon, the RELIEF Centre, based at UCL's Institute for Global Prosperity, will confront the challenges faced by the 1.5m Syrian refugees in Lebanon and develop a blueprint for better integration that can be applied worldwide.

With one in every four people living in Lebanon having a refugee background - by far the highest proportion in the world - the country is under immense strain economically, socially and politically. As such, it is regarded as a demanding test-bed for solutions to the global displacement crisis.

The RELIEF Centre is the brainchild of IGP Director Professor Henrietta Moore and partners at the American University of Beirut and the Centre for Lebanese Studies. It is backed by funding from the Economic and Social Research Council (ESRC) via the UK Government's £1.5bn Global Challenges Research Fund (GCRF), which supports cutting-edge research that addresses the challenges faced by developing countries.

Between them, its members have expertise in sustainable prosperity, economics, engineering, internet technology, anthropology and sociology, urban design and education. Its work across a range of themes will create a blueprint for building a prosperous and inclusive future for communities worldwide affected by mass displacement.

Professor Diana Laurillard, one of several IOE academics working on the project, will explore how new technologies can be used to deliver affordable education to both refugees and Lebanese citizens, equipping people with the skills and capacities for managing conflict, and improving their environments and wellbeing.

The RELIEF Centre will be officially launched at a high-profile event at The British Museum today (24 April) attended by over 300 delegates, including the Lebanese ambassador to the UK, His Excellency Mr Rami Mortada. 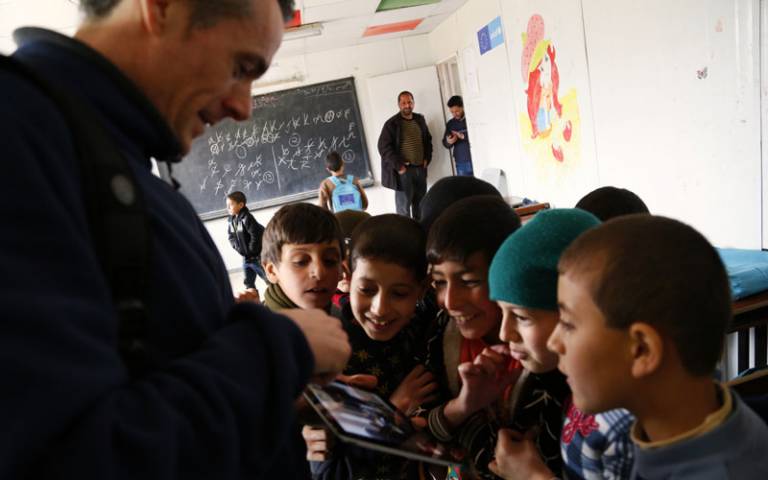 Among the participants from Lebanon is Dr Fadi Alhalabi, founder of the grassroots charity Multi Aid Programs (MAPs), which works directly with Syrian refugees in Lebanon to provide education and health services and to assist their integration into Lebanese society.

The 33-year-old qualified neurosurgeon fled Damascus in 2013 and has gone on to establish a network of nine Al-Amal ('Hope') schools catering for 3,500 young people, as well as three medical centres serving a population of 15,000, both Syrian and Lebanese.

With support from the American University of Beirut, Dr Alhalabi has established an "innovation centre", teaching youngsters computing, robotics, engineering and creative subjects such as art and design. This is already paying off: one cohort of students has already competed in a Lebanon-wide school robotics competition, while another group recruited from a camp close to the Syrian border are learning Artificial Intelligence (AI) coding skills.

For Dr Alhalabi, taking part in the RELIEF Centre project is a crucial bridge between his work on the frontline and international academic institutions that can help to provide a scientific basis for scaling the work done by MAPs.

"With over 65 million forcibly displaced people worldwide, the need to develop new ways of understanding and building true prosperity for refugees and their host countries has never been greater. By exploring diverse themes including urban design, education and skills development, public health and inclusive economic growth, we hope to co-create a new model for sustainable prosperity that can be resilient even in the face of the most extreme circumstances. Far from being a remote academic exercise, we want to bring in the experiences of activists working on the ground in Lebanon to develop solutions that work in the real world."