IOE professor among 'most influential' in British schools and universities 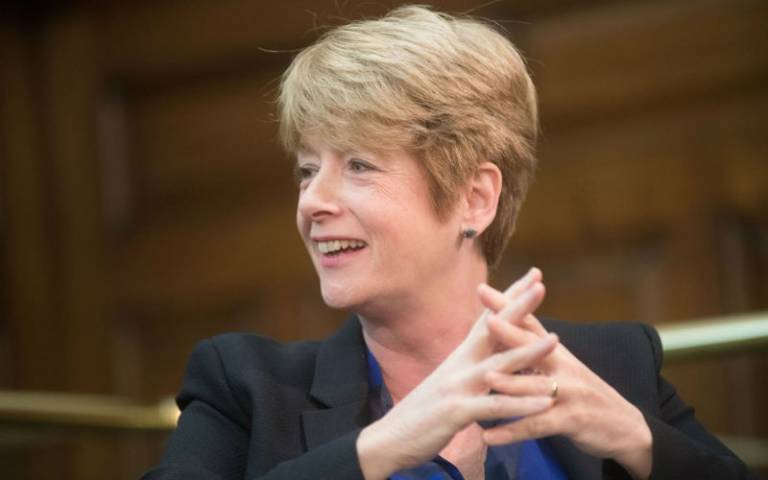 Rose Luckin, Professor of Learner-Centred Design at the UCL Knowledge Lab, has been recognised as 'one of the most important 20 figures in British education' in The Sunday Times' Seldon List 2017.

This new annual award, launched in conjunction with The Independent Schools Show, recognises the 10 women and 10 men who have or will have the most powerful effect on British schools and universities.

The List was created by Sir Anthony Seldon, a leading contemporary historian, educationalist, commentator and political author. Through the List, Sir Seldon aims to highlight some of the world's most influential educationalists.

Commenting on the List, Sir Seldon said: "Education at every level is riven by major disputes; now more so than ever. The list of 20 contains those with punctured views on these debates, which include: whether we should be educating young people to lead a good life or merely for jobs; whether a traditional academic curriculum is suitable for all and whether it is right that it fails a third or more; and whether the state or the market should be dominant in deciding the content and delivery of education."

Professor Luckin is the only UK academic on the List. Other figures include Amanda Spielman, Ofsted Chief Inspector; Andreas Schleicher, Special Advisor on Education Policy at the OECD; Justine Greening, Secretary of State for Education; and Jo Johnson, Minister of State for Universities, Science, Research and Innovation.

The List praises Professor Luckin for her 'visionary work' in the field of learning sciences, educational technology and AI. Professor Luckin is currently leading several projects, including the EPSRC funded 'Playing Out' with the Internet of Things and the £4.5m EDUCATE project, which seeks to advance the efficacy of educational technology by making the best research evidence and practice accessible for educators, researchers and technology developers.

EDUCATE will enable developers and educators to integrate research evidence, thinking and practice into their products and services to further drive and inform new research.

Commenting on her award, Professor Luckin said: "It is a great privilege and honour to be included on The Seldon List, especially being described as the "Dr Who of AI". The new Playing Out with the Internet of Things project and the EDUCATE project are both driving innovation with Educational Technology.

"In EDUCATE, our next cohort of participants will take a particular focus on the potential and implications of AI for Education, and will complement the work being done by the AI companies who are already part of the EDUCATE programme.

"AI is a 'game changer' for education in so many ways, and we need to ensure the most positive experiences for learners and teachers across all sectors."