Supporting language learning in the classroom 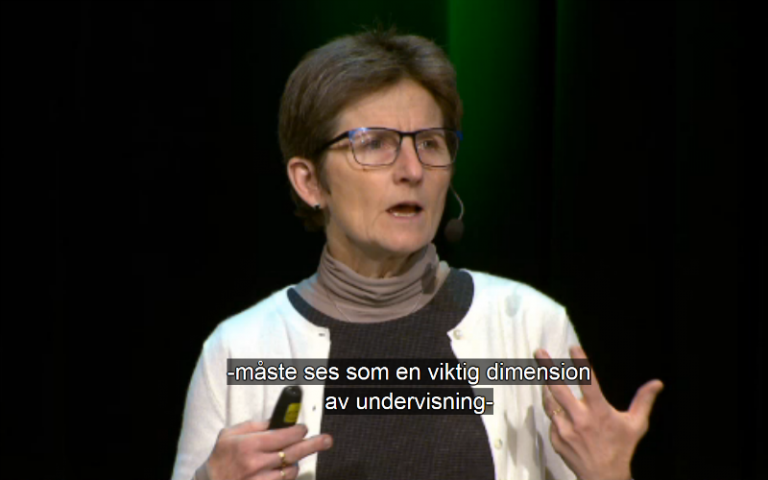 Professor Julie Dockrell from the Centre for Language, Literacy and Numeracy: Research & Practice (LLN:R&P) recently gave a talk at Stockholm University on the importance of language learning in the classroom.

She explained that although language is at the core of much of the learning in classrooms, speech, language and communication is the most common form of child disability and is probably the least well recognised.

Professor Dockrell argued that oral language skills underpin learning and achievement and must be considered as an important dimension of teaching - at all ages. She explained that children who struggle with language are more susceptible to being bullied and have lower levels of self-esteem. In addition to this, children who enter school with lower levels of language are automatically at a disadvantage because they generally respond less well to reading teaching.

Professor Dockrell's speech considered the drivers of language development and explored the ways in which we can reduce these inequalities and support children's language learning through using evidence-based tools and practices.