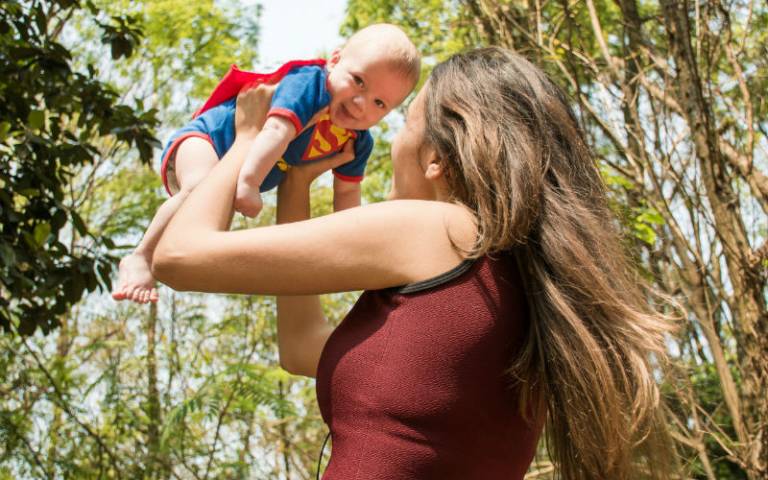 Up to 1 in 5 children in the poorest fifth of families display symptoms of mental illness, compared to 1 in 20 children from the richest homes. But according to a new study from the UCL Institute of Education (IOE), mothers' mental health matters even more.

Researchers at the IOE's Centre for Longitudinal Studies (CLS), the Institute for Fiscal Studies and the RAND Corporation analysed information from more than 11,000 children born across the UK in 2000-01, who are being followed by the Millennium Cohort Study. They examined how a wide range of factors affected the children's chances of developing mental health problems during their pre- and primary school years.

By age 11, around 1 in 10 children showed signs of serious social, emotional and behavioural problems symptomatic of mental illness, including hyperactivity, emotional issues, acting out, or trouble getting along with other children.

Living in poverty raised children's chances of developing poor mental health. Among pre-school children, it was those who were persistently poor from birth to age 5 who were at greatest risk of developing mental health problems - about 3 percentage points higher than children who were never poor, once other factors affecting their mental health were taken into account.

However, among older children, slipping into poverty during primary school was the most detrimental, raising the risk by 2 to 5 percentage points. The effect was worst on behaviour.

The researchers noted that becoming poor - rather than remaining poor - may affect school-age children more because they are old enough to notice changes in their families' financial circumstances.

Families were considered to be living in poverty if they earned less than 60 per cent of the median income.

However, the researchers found that parents' depression had an even greater impact on children's mental health.

Around 15 per cent of mothers and 8 per cent of fathers showed signs of depression while their children were growing up. Mothers' mental health had more of an impact on children than fathers'. The researchers believe this is because in most families, mothers take on a larger share of the child care responsibilities.

The researchers took into account a wide range of other factors that might be related to children's mental health.

Youngsters whose parents split up before they turned 5 were more hyperactive and had more emotional problems than those whose parents stayed together. However, the researchers did find some evidence that young children of parents who found new partners displayed fewer conduct problems on average.

If children experienced their parents' separation during primary school, they were more likely than their peers to be hyperactive, to misbehave and to have trouble getting along with others.

The researchers said: "These findings reinforce the importance of taking a whole family approach to the problem of children's mental health…the effective treatment of parents' mental health problems is likely to be as important as the provision of mental health services for the child.

"Besides putting a focus on mental health issues, the importance for policy is not to wait until the adult years. Without recognition and treatment, childhood mental health problems persist into the adulthood when they become long-standing and more difficult to treat."