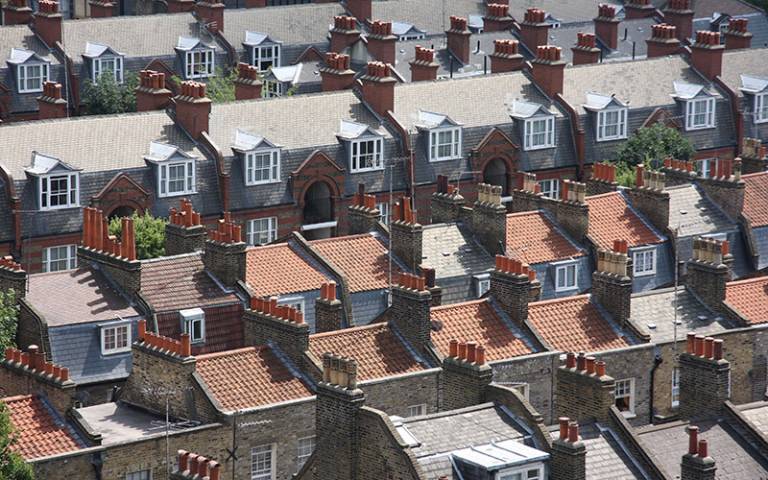 A new book by Professor Andy Green from the UCL Institute of Education (IOE) calls for an overhaul of the way housing is taxed and regulated to address the "crisis" facing young people as they struggle to buy or rent property.

In addition to greatly increasing the supply of social housing, Professor Green argues that ministers should introduce a capital gains tax on the sale of all homes, carry out long-overdue reforms to council tax so that owners of large houses pay more, and regulate the rental sector much more actively.

Professor Green concedes that while such measures may be controversial in the short-term and are likely to trigger falls in house prices, without such radical steps a "disastrous" set of housing policies will continue to leave 20- and 30-somethings struggling to fund the roof over their heads.

The book surveys the challenges facing "millennials"- young adults born after 1979- across a range of aspects of their lives, warning that they may become the first generation since Edwardian times not to match the living standards of their parents. It states that housing is the "biggest single barrier to young people getting on with their lives and taking the traditional steps towards adult status."

Based on analysis of data from the UK Household Longitudinal Study and its predecessor, the British Household Panel Survey, the book shows how the proportion of 18- to 34-year-olds owning homes has declined from 46 per cent in 1991 to just 25 per cent in 2013, while the proportion living with parents or renting privately has risen sharply.

Professor Green argues that the problem does not lie with a deficit of homes. There are more rooms per person and housing units per household than ever before, but many are in the wrong place and too many are being bought by landlords and investors. He says that the lack of genuinely affordable homes cannot be solved through market provision, since developers have an interest in keeping prices high. The only solution to the supply problem, he argues, is to build more social housing and extend shared ownership schemes.

The book also argues that council tax is currently "regressive", with the most expensive properties paying only three times as much as the least expensive, even though one may be worth up to 100 times more than the other. It advocates introducing new property bands to the tax and ensuring that those in the top bands pay perhaps ten times more in tax than those in the bottom.

"Britain's disastrous housing system is undoubtedly at the heart of the problem of intergenerational inequalities. Unless radical change comes, opportunities for an entire generation will be constrained throughout their lifetimes."

Professor Green's book assesses the situation facing young people across a range of policy fields, also including education, welfare and employment. It proposes ideas including replacing student loans with an all-age graduate tax and a new emphasis on vocational education.