Seventeen per cent of UK parents have let their children drink alcohol by the age of 14, according to new findings from UCL Institute of Education (IOE) and Pennsylvania State University. 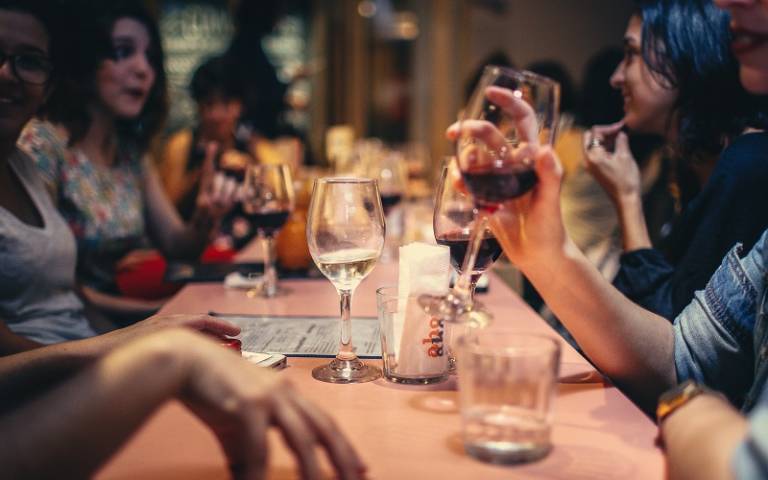 Researchers found that well educated parents of white children were most likely to allow their children to drink at age 14.

As the festive season approaches and wine is often shared at the dinner table, the study's authors were keen to point out that while having better educated parents is generally a protective factor for children, previous research has shown that those who start drinking early are more likely to fail at school, have behaviour issues, as well as alcohol and substance problems in adulthood.

Professor Jennifer Maggs, Visiting Research Associate at the IOE's Centre for Longitudinal Studies and the study's lead author, said: "Parents of socially advantaged children may believe that allowing children to drink will teach them responsible use or may in fact inoculate them against dangerous drinking. However, there is little research to support these ideas."

Analysing data on more than 10,000 children born in the UK at the turn of the new century, the researchers examined reports of parents' drinking habits and attitudes to drinking, linking these to information on family structure, employment status and parents' educational attainment.

Parents who abstained from alcohol tended not to allow their children to drink, but among those who did drink, those fathers and mothers who drank heavily were no more likely to let their children drink alcohol than light or moderate drinkers.

By age 14, almost half the children said they had tried more than a few sips of alcohol; three years earlier only about 14 per cent had done so.

Katherine Brown, Chief Executive of the Institute of Alcohol Studies, said: "The Chief Medical Officer recommends that an alcohol-free childhood is best, with children not drinking any alcohol before the age of 15. This is important guidance because alcohol can harm children given their bodies and brains are not yet fully developed.

"It is worrying to see that this advice may not be getting across to parents, who are trying to do their best to teach their children about alcohol. We need to see better guidance offered to parents via social marketing campaigns and advice from doctors and schools. Parents deserve to know they can have a positive impact, and can reduce health harms associated with young people drinking."