Are universities misrepresented by the press? 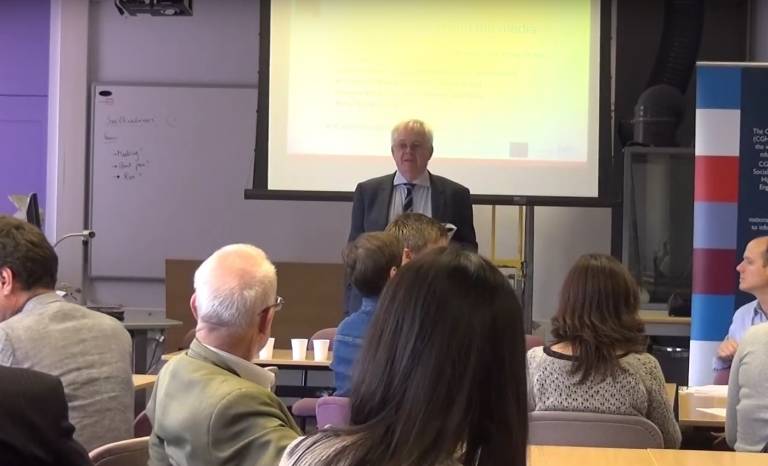 On 30 June, a panel of leading journalists and experts took part in a CGHE seminar examining how the media informs and reflects UK public debate about higher education.

The debate brought into question the wider purpose of universities. Speakers highlighted the lack of influence of the higher education sector - exemplified by Brexit - in shaping intelligent public discussion. They also spoke about the misrepresentation of research, and the shift towards emotional manipulation and away from expertise in large sections of the press.

But to what extent do universities have themselves to blame for the erosion of trust in experts? And how can they best contribute to a more evidence-based public debate, moving away from their narrow sector focus to bring greater value to society?

Simon Marginson opened the seminar by noting the global reach of specialist media coverage of university issues. But he observed that higher education is often not represented in the mainstream press and in public debate, and called for universities to be active in shaping a more intelligent, rational public discussion. Watch the full video

John Gill, editor of the Times Higher Education, gave his perspective on some of the main trends in higher education's portrayal in the media, and also touched on the role of rankings and their distinct audiences. Watch the full video

Simon Baker, news editor at the Times Higher Education, compared working on a specialist magazine to working on a national news desk. He highlighted the way the 'impact agenda' in higher education can reduce complex research into soundbites that don't reflect a nuanced view. Watch the full video

Stephen Khan, editor of The Conversation, spoke about how academics' use of technology -  particularly social media - as a means of direct communication is changing the nature of news and analysis across the mainstream media. Gemma Ware, society and education editor at The Conversation, then explained how The Conversation has played a part in fostering that change, using the example of how it covered the EU referendum. Watch the full video

Brendan O'Malley, a reporter for University World News, reflected on the implications of the growing digital landscape, as well as the media bias against understanding. Watch the full video

Natalie Peck, a journalist and PhD student, spoke about opportunities and challenges for the student voice, emphasising that there is often an archaic idea of what it is to be a student in 2016. Graeme Wise, Head of Policy at University Alliance, then looked at the global political economy, comparing and contrasting various features of higher education, IT and media industries. Watch the full video

Peter Scott, Co-Investigator at the Centre for Global Higher Education, concluded the discussion and spoke about his experience as both a journalist and an academic. He argued that most news agendas focus on the familiar rather than the novel. But this poses a problem for higher education, which is meant to be about critical enquiry, and 'thinking the unthinkable'. Watch the full video