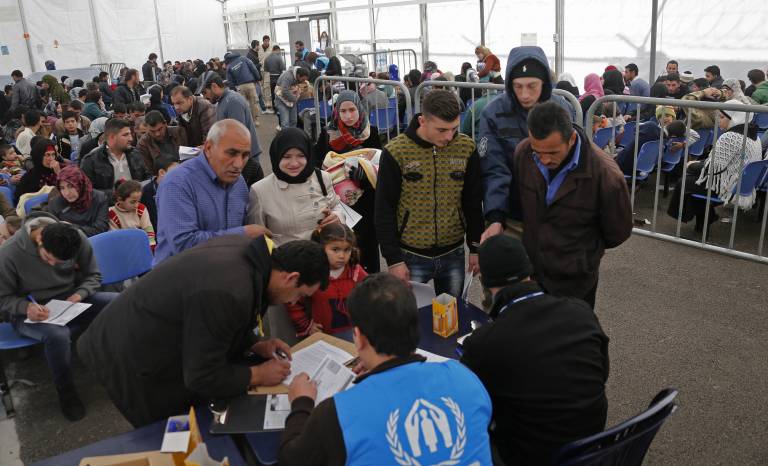 The current refugee crisis often portrays forced migrants as presenting a problem to the countries they flee to. However, recent research from the UCL Institute of Education (IOE) argues that an influx of refugees can bring significant benefits to society.

A small, but significant portion of any refugee group are likely to be highly skilled and educated university students. A new History & Policy paper 'Student solidarity across borders: Students, universities and refugee crises past and present' asserts that university students form a highly skilled and motivated group of refugees who have historically given back to the receiving society more than they have received in aid.

"Students and student organisations are often able to respond quickly to changing social needs, making them well placed to turn their attention to the current refugee crisis. While refugees currently fleeing civil war in Syria and elsewhere are a diverse group, history shows that specific programmes for refugee students - as part of a wider aid package - can have profound and lasting benefits for both recipients and the host society".

Refugee crises are not a new phenomenon and have previously arisen at different points in the 20th Century, notably for those fleeing Nazism in the 1930s, Hungary in 1956 and Chile after 1973. In Britain, student refugees have made considerable contributions to the economy, academia, science, culture and the arts as well as to society more generally.

The report looks at previous programmes in the UK to aid refugee students, and points to these as examples of the work that the university sector or government could use as a basis for developing policies to support students involved in the current crisis.

The paper suggests that student organisations that want to make a difference in the current crisis should consider focusing on targeted support for refugee students, through policies such as fee waiver schemes, scholarships and schemes to pair refugees with host students. In the past, involvement with such schemes has played an important educative role for the student volunteers, campaigners and fundraisers who get involved.

Individual UK universities have started to develop their own scholarship programmes to help student refugees, but there is currently no government-led programme or wider initiative across the higher education sector to support student refugees.

Dr Brewis will be taking part in a series of talks called 'Refuge in a Moving World Interdisciplinary Conversations' at UCL which started on 15 January and will run until 18 March. Each seminar examines a different aspect of the crisis with academics from across UCL sharing insights on how research can inform our understanding of the history, causes, experiences and representations of forced migrants - and the resulting shifts in politics, people and perceptions taking place across the world.