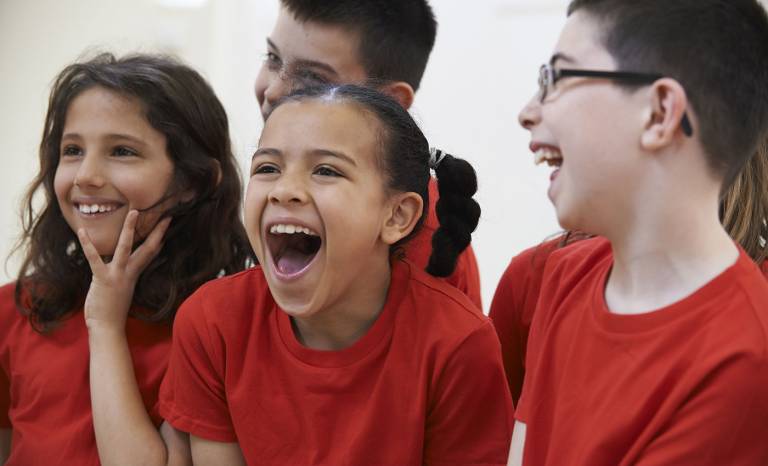 A new study from the Centre for Longitudinal Studies found that children's wellbeing is not related to their families' household incomes - but their perceptions of how much they have relative to their friends can have an unexpected effect.

11-year-olds who saw themselves as richer than their peers were more likely to have lower wellbeing than those who thought they were about the same.

Researchers analysed information from more than 12,000 children born across the UK in 2000-01 who are being followed by the Millennium Cohort Study. They looked at a range of factors associated with mental illness and wellbeing at age 11.

While there was little evidence that coming from a better-off family led to greater wellbeing for the children, there was a clear relationship between household income and mental illness. The richer the family, the less likely the children were to display emotional and behavioural problems symptomatic of mental ill health, such as often being worried, unhappy and having temper tantrums.

In fact, there were few risk factors that affected mental illness and wellbeing in the same way, suggesting that these aspects of overall mental health are driven by very different things.

The study's authors warned mental health practitioners, policymakers and other researchers against conflating the two concepts:

"It is often assumed that when wellbeing decreases, mental illness increases. These findings suggest it is not so straightforward," explained Dr Praveetha Patalay, the lead author.

" "There is little overlap in the risk factors associated with these two domains of mental health, suggesting that interventions aimed at reducing symptoms of mental illness may have little effect on improving wellbeing, and vice versa."

Eleven-year-olds with communication difficulties, special educational needs, or chronic physical illness had more symptoms of mental illness than those who did not have these problems. However, none of these factors were related significantly to their wellbeing.

Girls had greater mental ill-health than boys, but were no more or less likely to have better wellbeing. This latter finding is contrary to what is normally seen among adults - women tend to have higher wellbeing than men as they get older.

Children's relationships were very important for their mental health, but again mental illness and wellbeing were affected in different ways. For example, children who argued with their parents had lower wellbeing, but the negative effect on mental illness was 10 times greater.

Eleven-year-olds who reported being bullied by their siblings had slightly lower wellbeing and slightly more symptoms of mental illness that those who were not bullied at home. School bullying, on the other hand, had an effect four times greater than sibling bullying - but was only significant for wellbeing.

Read the full paper:
Correlates of mental illness and wellbeing in children: are they the same? by Praveetha Patalay and Emla Fitzsimons was published in the Journal of the American Academy of Child and Adolescent Psychiatry in August 2016.