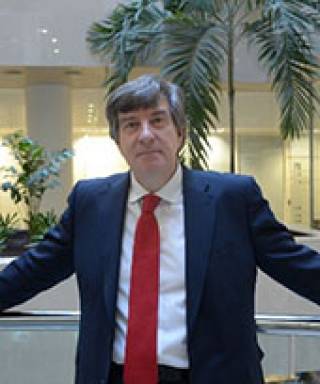 Sir David is a music graduate of the University of London and has taught music in comprehensive schools across the country since he started teaching in 1983.

In 1997, he became headteacher of Cirencester Deer Park School in Gloucestershire. In 2003 Sir David joined the Department for Education to spearhead the National Remodelling Team, supporting primary, special and secondary schools to introduce the workforce remodelling programme.

In 2004, he was appointed Principal of John Cabot City Technology College in Bristol and led the formation of the Cabot Learning Federation, now made up of 12 schools. He became one of the first National Leaders of Education and, in the summer of 2011, the Cabot Learning Federation successfully applied to become one of the first Teaching Schools in the country.

Sir David received a knighthood for his services to education in the Queen's birthday honours in 2013.