General Secretary of the Association of School and College Leaders (ASCL) 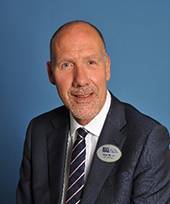 Geoff studied English and Linguistics at the University of Lancaster, then trained to teach at Leicester University. From 2002 to 2017 he was headteacher of King Edward VI School, Bury St Edmunds, a comprehensive school of 1,650 students.

He is a Founding Fellow of the English Association and writes for a range of newspapers and journals. He has worked with various organisations, including the Department for Education, on leadership and literacy.

Geoff was a longstanding member of ASCL Council, former chair of its Pedagogy Committee, is Patron of the English and Media Centre, and a ‘Leading Thinker’ for the National Education Trust. He became General Secretary of ASCL in April 2017.