The Materialities and Technologies research group will explore key ideas around the theme of Materialities and Technologies. It will draw different participants across departments at UCL and universities in London, and provide an intellectual environment where disciplinary and regional boundaries can be transcended. Key concepts related to Materialities and Technologies to be explored include, but are not limited to: Scale & Temporality, Embodiment & Corporeality, Information & Knowledge, Infrastructures & Urbanism and Poetics & Politics. Initial meetings will be devoted to establishing a regular speaker series, organising an end-of-the-year conference, as well as exploring the possibilities for publication.

Meetings at 5 pm on various Tuesdays during the academic year 2015/16 will be held in the IAS Common Ground, except on 10 May when it will take place in IAS Seminar Room 20/22 on the first floor of South Wing.

Please contact Laurent Dissard at the Institute of Advanced Studies for further information.

In this presentation, given as part of the Institute of Advanced Studies Materialities and Technologies research theme, Dr Jeremy F Walton will draw on Pierre Nora's concept of 'sites of memory' to explore the material textures and political effects of Ottoman legacies and Neo-Ottoman ideologies in three locations: Miniatürk, a theme park in Istanbul that features scale replicas of many prominent Ottoman structures; Thessaloniki's New Mosque, a former place of worship for the syncretic religious community of the dönme; and the Tomb of Gül Baba, a 16th century Sufi dervish and saint, in Budapest. His exposition moves in two directions. On the one hand, he emphasises how sites of memory frequently serve to bolster dominant, politicised discourses of Neo-Ottomanism. On the other hand, he traces how sites of renascent Ottoman memory - especially those outside Turkey - destabilise and contradict the premises of Neo-Ottomanism in unanticipated ways. Over the course of his presentation, he develops the concept of 'disciplined historicity' as a method for approaching sites of memory that integrates both historical knowledge and appreciation for the material and aesthetic qualities of the spaces in question.

Jeremy F Walton is the leader of the Max Planck Research Group, 'Empires of Memory: The Cultural Politics of Historicity in Former Habsburg and Ottoman Cities', at the Max Planck Institute for the Study of Religious and Ethnic Diversity in Göttingen, Germany, a position that he began in March 2016. Since graduating from the University of Chicago with PhD in Anthropology in 2009, Dr Walton has had the good fortune to pursue a variety of teaching and research positions. From 2009 to 2012, he was an Assistant Professor and Faculty Fellow in New York University's Religious Studies Program; from 2012 to 2013, he was a Jamal Daniel Levant Postdoctoral Fellow at Georgetown University's Center for Contemporary Arab Studies (CCAS); from 2013 to 2015, he was a member of the CETREN Transregional Research Network at Georg August University of Göttingen; and, from 2015 to 2016, he was a research fellow at the Center for Advanced Studies of South Eastern Europe at the University of Rijeka. Dr Walton's first major research project was an ethnographic study of the relationship among Muslim civil society organisations, state institutions and secularism in contemporary Turkey. A monograph based on this research, Muslim Civil Society and the Politics of Religious Freedom in Turkey, will be published by Oxford University Press in 2017. Dr Walton has published in a wide variety of forums, including journals such as American Ethnologist, Sociology of Islam and The Cambridge Journal of Anthropology. Additionally, Dr Walton was a co-editor of the volume Anthropology and Global Counterinsurgency (University of Chicago Press) and has book chapters in Anthropology and Global Counterinsurgency, Orienting Istanbul: Cultural Capital of Europe?, The Cambridge Companion to Religious Studies and Everywhere Taksim: Sowing the Seeds for a New Turkey at Gezi. As the group leader for 'Empires of Memory', he guides an interdisciplinary team of researchers in a multi-sited project on post-imperial memory and forgetting in a variety of former Habsburg and Ottoman cities, including Vienna, Istanbul, Budapest, Sarajevo, Trieste, Thessaloniki, Zagreb and Skopje.

Archaeology as Salvage Operation in the Middle East: Ethics, Politics and Methods 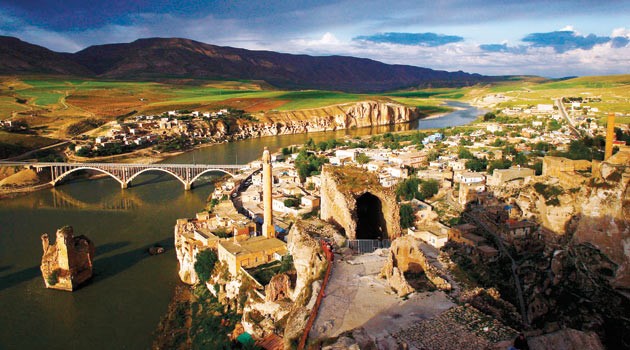 Ever since its beginnings, archaeological fieldwork in the Middle East has often taken the form of a salvage operation in context of development projects and military conflicts that threaten cultural heritage. Construction of dam projects, rural infrastructure projects, political instability and looting operations open doors for archaeologists to work in precarious landscapes, working at a fast pace and with duly adjusted methodologies.

While the ticking clock dictates less than desirable methodologies for surveying and excavation, salvage operations lead to unusually intensive investigation of regions producing a wealth of data, channel unexpected funding into archaeology and heritage conservation, and allow easier acquisition of official permits. The increased scale of development in countries such as Turkey and Lebanon, and the threat of violence in Iraq, Syria and Afghanistan has impacted the way in which archaeologists do fieldwork. They inevitably find themselves in politically-charged situations where multiple stakeholders challenge the relationship of the archaeologist to local governments, multi-national companies, local communities and activist groups.

This one-day workshop (on 10 December 2016) at UCL's Institute of Advanced Studies invites scholars to consider the ethical, political and methodological issues in archaeological salvage operations. How has this rescue nature of archaeology impacted and shaped archaeological practice in the Middle East? Where does salvage operation locate archaeologists in the political ecologies of the field? The conference will open a platform for real experiences of salvage archaeology on the ground, focusing on the ethics of archaeological salvage work in the context of development with the controversies of ecological impact and human rights violations, while salvage archaeology can be adopted as an allegorical concept for debate more broadly on the methodologies, politics and ethics of archaeological fieldwork in the Middle East.

Participants will be asked to circulate position papers (2000-3000 words) at the end of November 2016 and present them during the workshop on 10 December 2016 to open up discussion.

The conference is co-organised by Laurent Dissard, Junior Research Fellow at UCL's Institute of Advanced Studies and Ömür Harmanşah, Associate Professor in the Department of Art History at the University of Illinois at Chicago.

Please send an abstract (~200 words) to laurentdissard@gmail.com before 1 October 2016, if you are interested in participating.

Register for the workshop here.

IAS Materialities and Technologies Seminar: The Interrogator and the Prisoner - The Violence of Evidence during the Korean War

If liberation from colonialism required an essential rupture with the historical past, what did that rupture look like on the level of personhood?  What did a decolonised subject look like?  And who had the authority to recognise it?

In this discussion, Monica Kim will use the prism of military interrogations rooms during the Korean War to refract the competing claims of the United States, North Korea and India regarding their abilities to recognise the post-colonial subject. The ambitions of empire, revolution and non-alignment converged upon this intimate encounter of military warfare: the interrogator and the interrogated prisoner of war. Which state could supposedly reinvent the most intimate power relation between the coloniser and the colonised, to transform the relationship between the state and subject into one of liberation, democracy or freedom?  Drawing upon the histories of Cold War psychiatry, Korean internationalist socialism and Japanese colonial police practices, Kim lays out a landscape of the intimate technologies of warfare that came to frame the notion of US-sanctioned 'humanitarian warfare'. Responding to Monica Kim's research and giving her insights on themes and issues raised during the talk will be Laleh Khalili from SOAS.

Monica Kim is an assistant professor in US and World History at New York University and a member of Princeton's Institute of Advanced Study in 2015-2016. She is currently finishing her book manuscript Humanity Interrogated: The Wars over War in the Interrogation Room, 1942-1960, which examines the relationship between two global phenomena that have critically marked the history of the twentieth century - international warfare and formal decolonisation - through the prism of military interrogation rooms of the Korean War.

Laleh Khalili is a professor in the Department of Politics and International Studies at SOAS and author of Heroes and Martyrs of Palestine: The Politics of National Commemoration (Cambridge 2007) and Time in the Shadows: Confinement in Counterinsurgencies (Stanford 2013). Her current research engages the politics and political economy of war and militaries as it intersects with infrastructure, logistics and transport in the Middle East.

In this talk, UCL Institute of Advanced Studies Junior Research Fellow Dr Laurent Dissard will take dams as symbols of Turkey's 'modernisation' and their associated reservoirs, artificial lakes inundating the cultural heritage of river valleys, as metaphors for the country's 'submerged stories'. He explains how technological infrastructures, which delineate the possibilities and confines of Turkey's future, have also simultaneously helped to materialise the possibilities and confines of the nation's past. In the end, he will explore the 'stories' of Turkey's 'others' (Kurds, Alevis, Armenians) left 'submerged' by the country's attempts to modernise.

Sunken Time: The Politics of Dams, Memories and Justice 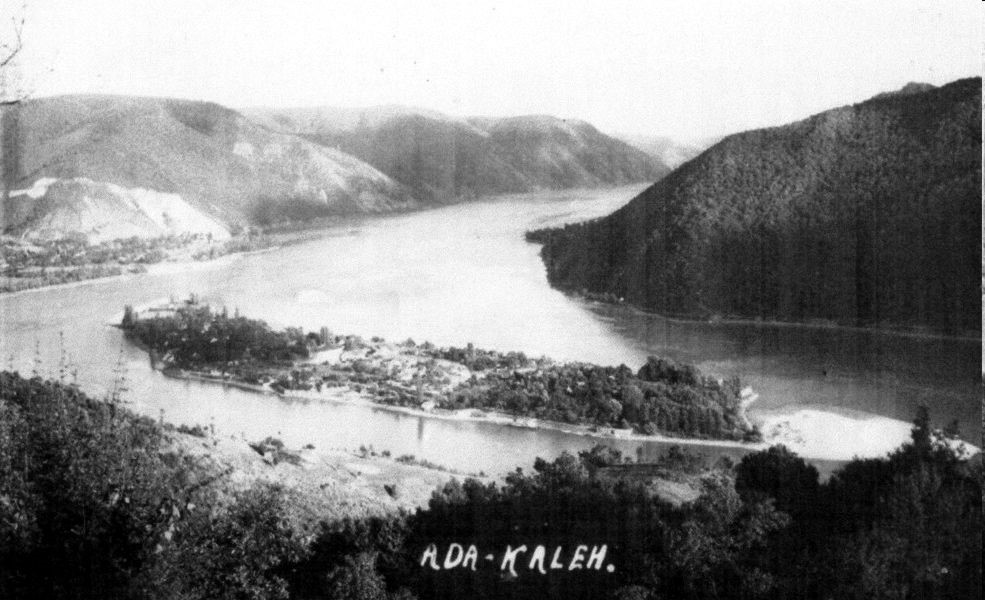 In this talk, part of the Institute of Advanced Studies Materialities and Technologies research focus, William Carruthers, Maria Iancu, and Caner Sayan will discuss what infrastructural technologies, dams and other hydroelectric power plants built in Egypt, Romania and Turkey, can tell us about politics, science, memory, time, justice, and the environment.

First, William Carruthers (PhD, Cambridge and Gerda Henkel Research Fellow, German Historical Institute London) adopts a History of Science and Technology perspective to examine the interplay of archaeological practice, Egyptian politics, and infrastructural development in his analysis of the Aswan High Dam built on the Nile in the 1960s. Second, in her discussion of the Ada Kaleh in Romania, an island on the Danube River submerged in 1970 after the construction of a dam, Maria Iancu (PhD, UCL) interrogates categories like memory, loss and time. Last but not least, Caner Sayan (PhD, Dundee) explores such concepts as "recognition" and "environmental justice" through the case study of contested dams and controversial hydroelectric power plants being built today on the rivers of Southwestern Turkey. 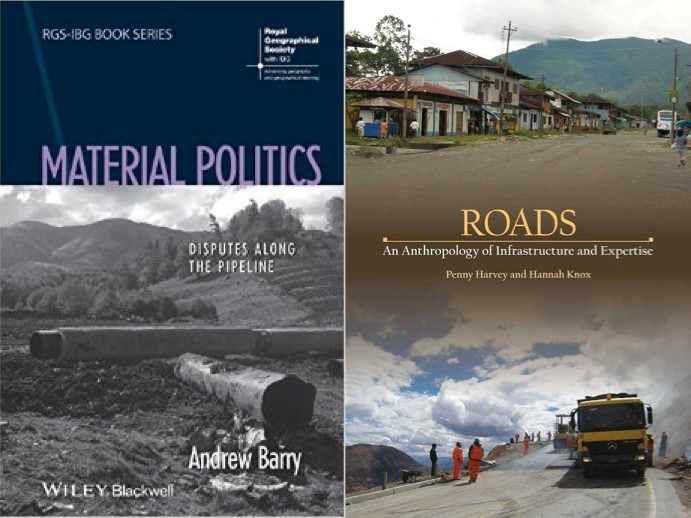 As part of its 'Materialities and Technologies' research focus, the Institute of Advanced Studies invites you to talk by Andrew Barry (UCL, Geography) and Hannah Knox (UCL, Anthropology) on their books:

Through case studies of the interoceanic highway in Brazil and Peru (Knox) and the Baku-Tbilisi-Ceyhan oil pipeline (Barry), their discussion will examine the importance of materials in political life and ask what large public infrastructural projects can tell us about contemporary state formation, social relations, and emerging political economies.

"We do not want guns... here": On the Materiality of Violence in Turkey's Kurdish City of Diyarbakır

In this talk, Laurent will discuss the manner in which Diyarbakir's history of past and present violence has been commemorated or erased, i.e. how it materialises or disappears in the city's urban landscape. With this case study, he also hopes to reflect upon some of the stakes behind taking violence as an analytical concept in Anthropology.