Phiroze Vasunia has written on a range of texts and periods, from antiquity to the modern era, and has strong research interests in the study of cross-cultural contact, colonialism, and empire.  He is the co-author of Postclassicisms (2019) and the author of The Gift of the Nile (2001) and The Classics and Colonial India (2013).  He is the editor of several books, including two forthcoming volumes, The Politics of Form in Greek Literature and (with Daniel L. Selden) The Oxford Handbook of the Literatures of the Roman Empire.  He is also the general editor of the book series Ancients and Moderns, published by Bloomsbury.  Work in progress includes a book on postcolonialism & antiquity.

Professor Vasunia teaches in the Department of Greek and Latin and in the Programme in Comparative Literature.

For a longer list of publications, please see IRIS. 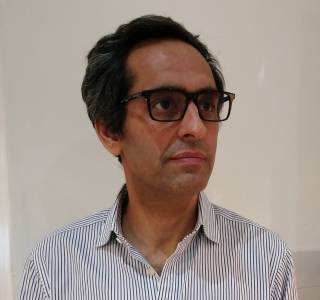