Meiling Huang is a professor of Roman law at Zhongnan University of Economics and Law School of Law. She obtained her PhD in Roman law from University of Rome Tor Vergata in 2013. She was a visiting professor at Sapienza University of Rome in February 2018 and January 2019. She has published many articles in both Italian and Mandarin Chinese. Her recent book, Promessa Unilaterale Come Fonte di Obbligazione: Dai Fondamenti Romanistici al Codice Civile Cinese, published in 2018 by Jovene Press, discusses legal systems with a multicultural interpretation. Her current research interests focus on the history of Roman law, especially the ‘Codex Theodosianus’.

At the IAS, Meiling will concentrate on Roman late antiquity, where she will delve into the political, economic, religious and cultural background of the time in order to more deeply understand the model of ‘codification’ (codex) that was invented during this period. This research will be highlighted in her upcoming book on the Codex Thedosianus, which explores the social phenomenon of 'civilisation' in the legal area. 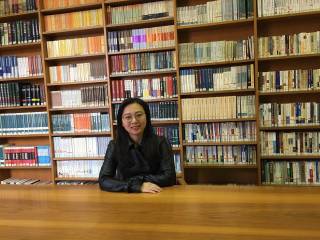