How do Space Analogues Build Space Communities on Earth? 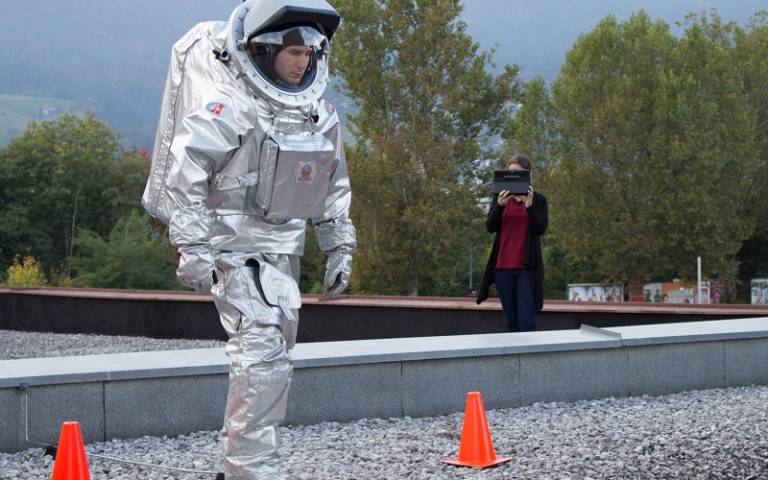 Join us for an evening panel discussion on how space analogue missions can help design, implement, and reinforce a sense of community on Earth and in potential futures off-world.

Space analogues, sites around the world which simulate the living and working conditions of space habitats for research and training purposes, usually over a period of weeks or months, have grown in popularity and number in recent years, with participation in missions increasingly open to a wider public. This has produced new communities of ‘analogue astronauts’ (people who play the role of an astronaut and crew member in a mission) and new ways of relating to space flight and space environments.

Sites such as the HI-SEAS habitat in Hawai’i, the LunAres base in Poland, the Mars Desert Research Station in Utah, and more represent places in which the terrestrial meets the extraterrestrial and the future meets the present in what anthropologist Lisa Messeri calls a “double exposure’ of place”, in which analogue astronauts live out “a future that includes the human exploration of Mars… exposed atop the present”. Analogues have become a place not only for research, but also a space in which new individual and societal identities around space-living can be constructed and workshopped. In this regard, analogues can be considered a form of prefigurative political and social practice, in which analogue astronauts actively build and prepare for desired futures in space through participating in simulations. At the same time, the growing number of analogue astronauts, support crew, and hopefuls have formed new social groups on Earth around shared identity and aspirations.

This roundtable discussion will explore the questions of how space analogue missions can help design, implement, and reinforce a sense of community both on Earth and in the off-world future. What is the value of community-building in these settings and how do they produce particular social environments? This roundtable will interrogate and examine crew dynamics, the research conducted during analogue missions, and the online communities and in-person ones that are produced through participating in analogues. Speakers include Jas Purewal, the co-founder of the Analog Astronaut Community, and Dr Deepa Bangaru-Raju, an analogue astronaut on the first UK space health analogue in May 2022 as well as missions with the Austrian Space Forum. Audience is encouraged to participate in the discussion, which will be followed by a wine reception.

Attendance will be both in-person at UCL and online; please register for the relevant ticket type: https://spaceanalogues.eventbrite.co.uk

Please familiarise yourself with our Code of Conduct.