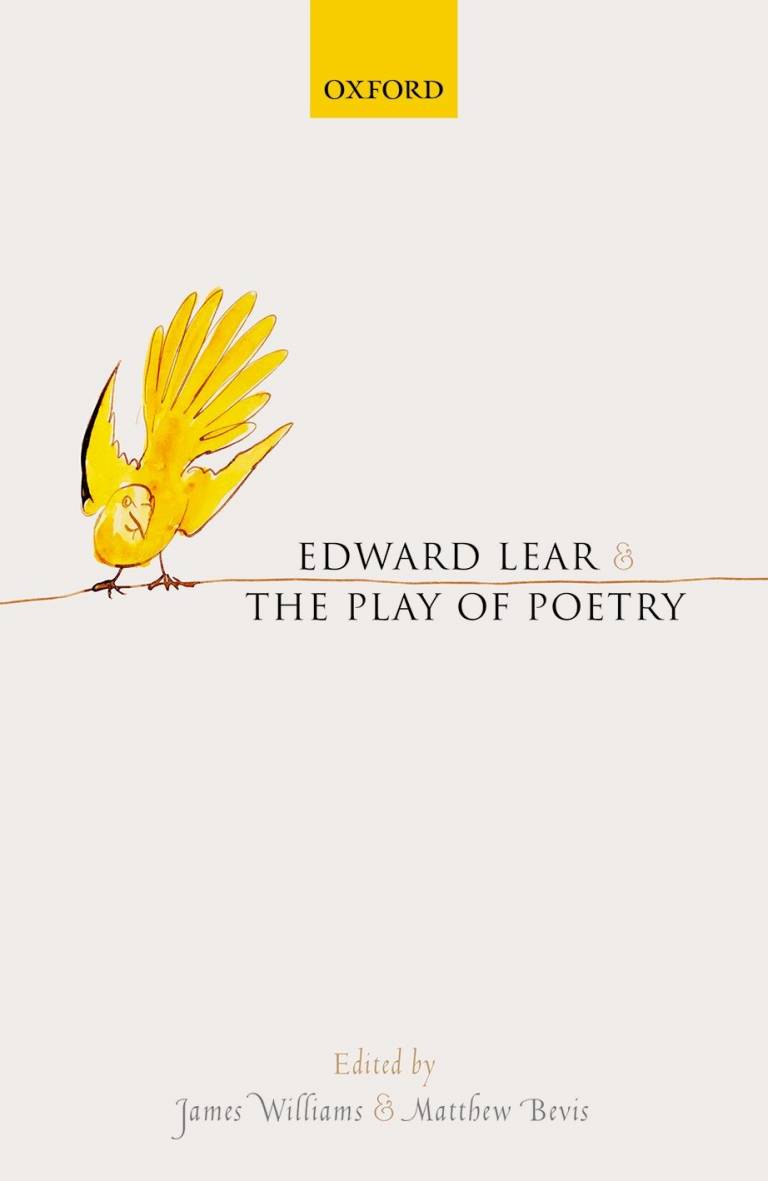 The Institute of Advanced Studies is delighted to host this book launch for Edward Lear & The Play of Poetry (Oxford University Press), edited by Dr James Williams (University of York) and Dr Matthew Bevis (University of Oxford), and containing contributions by Professor Peter Swaab (UCL) amongst others.

Of all the Victorian poets, Edward Lear has a good claim to the widest audience: admired and championed by critics and poets from John Ruskin to John Ashbery, he has also been read, heard, and loved by generations of children. As a central figure in the literature of nonsense Lear has also shaped the evolution of modern literature, and his work continues to influence and inspire writers and readers today. This collection of essays, the first ever devoted solely to Lear, builds on a recent resurgence of critical interest and asks how it is that the play of Lear's poetry continues to delight, and to challenge our sense of what poetry can be.  Find out more about the book here.

Professor Swaab will introduce the volume, situating it in relation to current debates in Lear studies.  Dr Williams and Dr Bevis will then talk about the volume - its contents, approach, methods, emerging avenues of enquiry. This will be followed by Edward Lear fans and experts Barbara Everett, Adam Phillips and Jenny Uglow talking about 'What Edward Lear Means to Me' and about how the volume extends their sense of matters Learical.

BARBARA EVERETT is a literary critic whose work includes Poets in their Time: Essays on English Poetry from Donne to Larkin (1986) and Young Hamlet: Essays on Shakespeare's Tragedies (1989). She is a retired Professor of English and Fellow of Somerville College, Oxford.

ADAM PHILLIPS is a psychoanalyst and essayist whose twenty books include On Kissing, Tickling, and Being Bored (1993) and, most recently, Becoming Freud (2014) and Unforbidden Pleasures (2015). He is the general editor of the new Penguin Modern Classics edition of Freud, and a Visiting Professor in the Department of English and Related Literature at the University of York.

JENNY UGLOW is a widely acclaimed biographer, historian, and critic whose many books include Elizabeth Gaskell: A Habit of Stories (1993), Hogarth: A Life and a World (1997), The Lunar Men (2002), and Nature's Engraver: A Life of Thomas Bewick (2006). Her most recent book, In These Times: Living in Britain Through Napoleon's Wars, 1793-1815 (2015) was shortlisted for the Duff Cooper Prize and long listed for the Samuel Johnson Prize, and she is currently working on a study of Edward Lear.