As the Director of the Smithsonian National Museum of African American History and Culture, Lonnie Bunch promotes the museum’s mission to help audiences see African American history as American and human history, and provides strategic leadership in areas of fundraising, collections, and academic and cultural partnerships.  One of the recent exhibits, ‘Through the African American Lens: Selections from the Permanent Collection’, opened on 8 May 2018. In addition, the museum’s travelling exhibition, ‘Changing America’, will be exhibited at 50 venues across the US during 2018.  Director Bunch also established the programme ‘Save Our African American Treasures’ featuring day-long workshops where participants work with conservation specialists and historians to learn to identify and preserve items of historical value.

Before his July 2005 appointment as Director of the National Museum of African American History and Culture, Bunch served as the president of the Chicago Historical Society (2001–2005). There, he led a successful capital campaign to transform the Historical Society in celebration of its 150th anniversary, managed an institutional reorganisation, initiated an unprecedented outreach initiative to diverse communities and launched a much-lauded exhibition and programme on teenage life titled ‘Teen Chicago’.

A prolific and widely published author, Lonnie Bunch has written on topics ranging from the black military experience, the American presidency and all-black towns in the American West to diversity in museum management and the impact of funding and politics on American museums.  In 2010, he published the award-winning book, Call the Lost Dream Back: Essays on Race, History and Museums.  In 2017, he authored for the World Economic Forum in Davos Agenda (blog), ‘America, Slavery and how Museums can help to heal Fractured Societies’.   Lectures and presentations to museum professionals and scholars have taken him to major cities in the United States and many nations abroad, including Australia, China, Ghana, Italy, Japan, South Africa, Sweden and the UK. 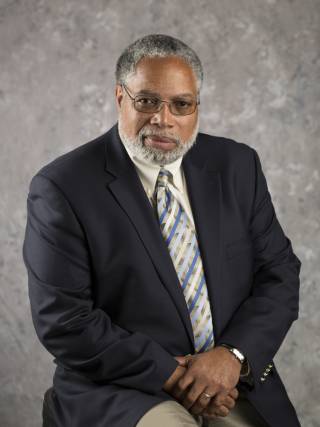