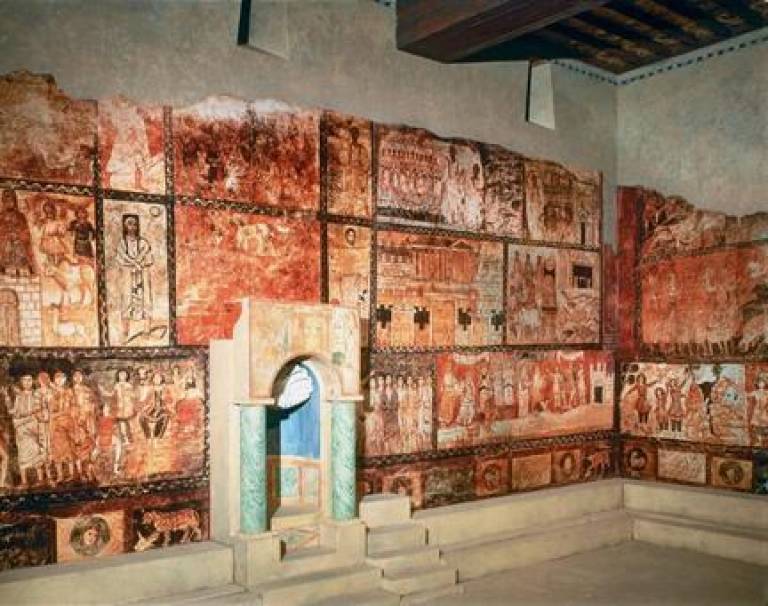 In conjunction with the Anglo-Israel Archaeological Society

The synagogue of Dura-Europos has occupied a central place in scholarship, as arguably the main Jewish cycle from antiquity and in any case the only set of surviving wall paintings rather than floor mosaics. The unprecedented illustration of the Hebrew scriptures (in sharp contrast of course to the prescription of the Ten Commandments) in the form of uniquely preserved wall painting can be seen as evidence that Jewish communities living in the periphery of the Roman world, far away from their homeland, had much more leeway in the way they gave expression to their religion than the notion of an orthodox Judaism would suggest. This lecture will locate what has recently been referred to as "images of a competitive community" (by Tessa Rajak) in its local and regional context.

Ted Kaizer is Reader in Roman Culture and History at Durham University. His main research interest is the social and religious history of the Near East in the Late Hellenistic and Roman period. He is the author of The Religious Life of Palmyra (2002). His present research project concerns a study of the social patterns of worship at Dura-Europos. He currently holds a Major Research Fellowship of the Leverhulme Trust. He has widely travelled through the Middle East.