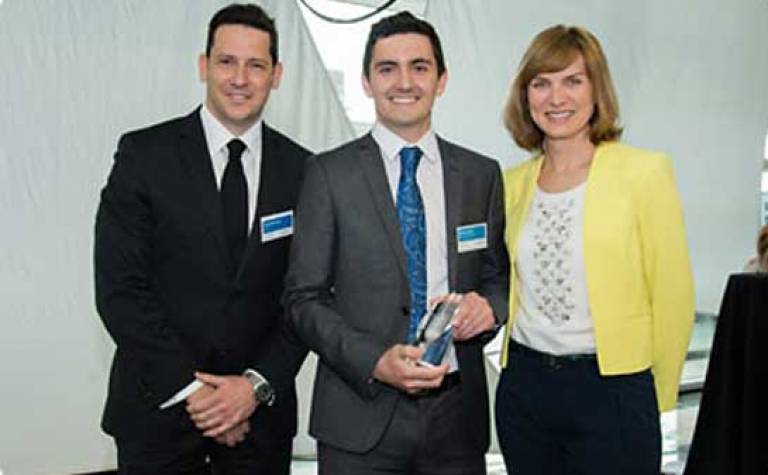 The award was sponsored by L’Oreal and, through a series of online tests, application forms, interviews and assessment exercises, Harrison emerged as winner.

He wins a summer internship, including a week in Paris, with L’Oreal.

Harrison collecting the award from Fiona Bruce (who hosted the awards) and Michel Brousset, Managing Director of L’Oreal UK.

ESPS attracts applicants from many different countries; the degree produces graduates who go on to undertake research or professional training and take up employment in a range of fields such as journalism, government or business, in the UK and internationally. Read more »

European Social & Political Studies (ESPS) combines specialisation in one of nine humanities and social sciences, with a broad base in European history, law, politics and philosophy, fluency in a European language, and a year spent in a continental European university.