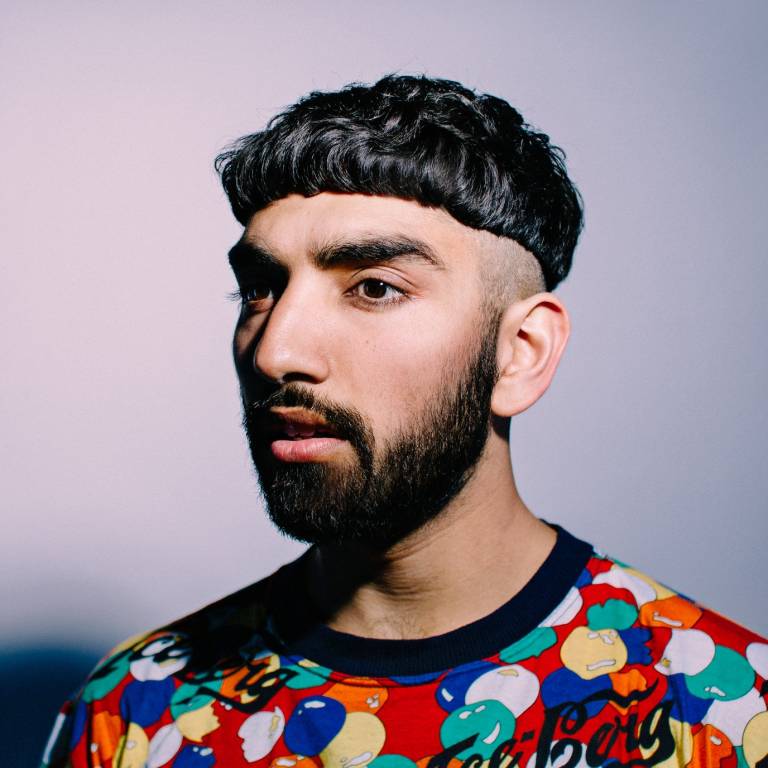 Who will win the 2021 WeGotTickets MCAs? Join us for a riotous celebration of the UK's best up and coming musical comedians to find out!

Since 2009, the MCA have helped to launch the likes of Abandoman, Rachel Parris, Mae Martin, Jay Foreman and Frisky and Mannish. If you enjoy acts that combine comedy with music such as Bill Bailey, Tim Minchin and Flight of the Conchords, you will love this show!

The final of the 2021 WeGotTickets MCA will see ten finalists (tbc) who have progressed through heats at the Phoenix in London, battle it out at the Bloomsbury Theatre on October 23rd, to win the musical comedy crown of this prestigious competition. A sell-out event every year since 2009.

Mawaan has appeared on BBC2's Live at the Apollo and Channel 4's Harry Hill's Clubnite, captivating audiences with his joyful yet deeply honest stand-up. His live performances of his songs 'Mango' and 'Never Been Skiing' both went viral last year.
His Edinburgh 2018 show 'Juice' was a critical and commercial success, performing to sell-out audiences and receiving a plethora of 4 and 5 star reviews for his ‘thirst-quenching joy-ride of a stand up set’. Mawaan also supported 'Queer Eye's' Jonathan Van Ness on his tour ‘The Road to Beijing’, in UK, Australia and New Zealand.
Mawaan featured on the inaugural series of Taskmaster for C4, and also served as co-host on Jonathan Ross’ Comedy Club on ITV.
As an actor he stars in ‘Two Weeks to Live’ alongside Maisie Williams, a new 6 part comedy series for Sky One and HBO Max. He has also starred in the ITV Drama ‘Next of Kin’ as well as the BAFTA winning ‘Murdered By My Father’.
Mawaan’s writing credit on Netflix' 'Sex Education' (series 2 and 3) earned him a spot on Forbes' 30 under 30 list.
Hosted by MCA resident MC and MCA legend, the one and only NICK HORSEMAN