UCL’s Vice-Provost (Advancement) Lori Houlihan has been announced as the recipient of the prestigious 2019 CASE Europe Distinguished Service Award. 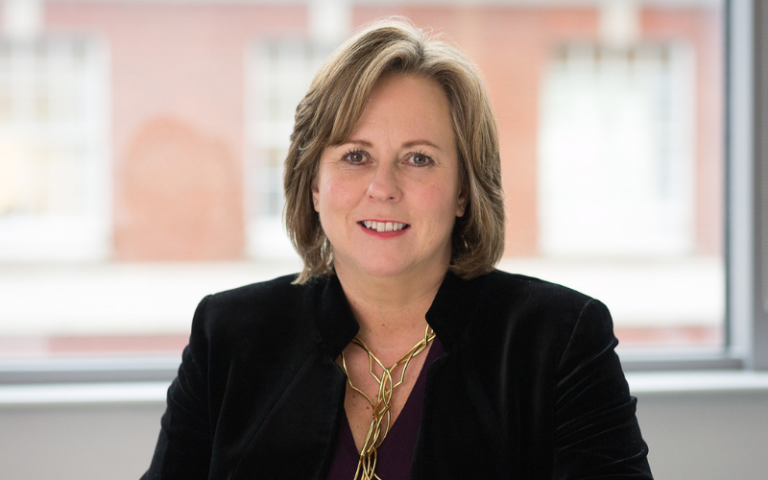 CASE – the Council for Advancement and Support of Education – is the global association for advancement professionals, bringing together development, alumni relations, communications and marketing to champion education.

The Distinguished Service Award recognises leaders in the field who have made a significant and lasting impact, and who have earned the respect and admiration of their peers inside their institution and across the sector internationally.

Announcing the Award, CASE described Lori Houlihan as “a visionary leader”, “the don on advancement and a role model to thousands of fundraisers” and “a shining beacon to women in the sector.”

The judging panel particularly singled out her work to position UCL as one of the UK’s most successful fundraising universities, including the current It’s All Academic Campaign, one of the largest fundraising and supporter engagement campaigns in Europe.

The Campaign, launched in September 2016, aims to raise £600m and generate 250,000 volunteering hours to support UCL’s students, staff, research and campus, and build its global community.

In May this year, UCL revealed that the Campaign had broken through the £500m mark, with the total raised at the end of May 2019 standing at £525m. The university also unveiled a new Donor Wall recognising donors who have given £1m or more to UCL.

Amongst guests at the Donor Wall unveiling event was Paul Ramsbottom, Chief Executive of the Wolfson Foundation, one of UCL’s major philanthropic supporters. Hailing Lori as “one of nature’s great collaborators”, he congratulated her on the Award and added:

“She is passionate about philanthropy, and builds partnerships with great professionalism as well as considerable charm. The highly productive, mutually beneficial relationship that UCL and the Wolfson Foundation have enjoyed in recent years is in large part due to her and, more broadly, she has been one of the driving forces behind the increasing professionalisation and profile of advancement as a career on this side of the Atlantic.

“This is an extremely well-deserved recognition and reflects the high esteem in which she is held across the sector – among academics, fundraisers and philanthropists alike.”

In addition to her work at UCL and at the University of Aberdeen, where she established its first Directorate of Marketing and launched its £200m fundraising campaign, the judges also recognised her leadership across the sector as a whole, in roles including Trustee at Large for CASE and former Chair of the Ross Group of Development Directors.

Ian Rowley, Director of Development, Communication and Strategy at the University of Warwick and current Chair of the Ross Group, said:

“Lori is an exceptional advancement professional, having achieved huge success in both development and marketing and communications, and her current role at UCL makes her a role model to many in the sector and a very deserving winner of this award. Lori led the Ross Group during a period of heightened public scrutiny of fundraising practice and, as a trustee and advisor on a number of professional groups, she continues to show a deep commitment to both higher education and the development of fundraising professionals.”

“It is deeply deserved for Lori to receive this CASE Distinguished Service Award. She is held in great esteem by all who know her. She is a dedicated advancement professional and an impressive educational leader who has contributed so much to the advancement of education to transform lives and society.”

The team at More Partnership also commended Lori on her achievement:

"Lori is a remarkable Advancement leader and it’s been a real pleasure to see her grow and flourish and innovate, first in her native Aberdeen and then with the wider canvas of UCL.
She is strategic, creative and engagingly curious.

She also has the great gift of attracting talented people to her team - and keeping them too. Somehow Lori makes time not just for UCL - though her impact there is palpable - but also for colleagues across the sector and the world."

In addition to her work with CASE and the Ross Group, Lori is also a member of the Standards Committee of the Fundraising Regulator, a Trustee of the Film and Television Charity, and a board member of the Higher Education Working Group of the 30% Club. She is a Burgess of the City of Aberdeen and, in 2018, was elected a Fellow of the Chartered Institute of Marketing. Read her full biography here.

Find out more about UCL’s It’s All Academic Campaign here.